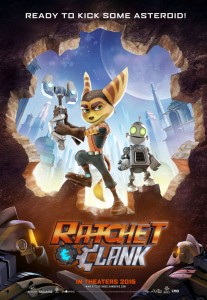 Directors Jessica Cleland and Kevin Munroe bring the Ratchet and Clank video game to life in a full-length feature film. Although the cookie-cutter premise of good versus evil is entertaining enough for a (very) young crowd, the 94-minute version of a Saturday morning cartoon may not be worth the ever-increasing price of admission. (BKP: 3/5)

Ratchet and Clank may not be aiming to be Disney’s Zootopia, but the bar is still set too low to captivate viewers older than, give or take, the age of six. In this video-game-to-big-screen adaptation, “Ratchet” (James Arnold Taylor), a lombax mechanic, desperately wants to join a group called the Galactic Rangers. The group, predictably, wants nothing to do with him until Ratchet befriends a broken robot named, “Clank.”

After Ratchet and Clank save the day, they try to use their abilities to defeat villains Drek and Nefarious. Criticism of the film lays in its adaptation of the characters and the video-game quality displayed on the big screen. Having little knowledge of the characters going into the film, I was pleasantly surprised at the dynamic between the lombax and the robot. This film may not stand the test of time or go up against the major players (Disney, Dreamworks, etc.) it’s never trying to be anything other than enjoyment for the very young crowd.

The film succeeds in keeping children’s eyes on the big screen, but if the filmmakers wanted to teach them lessons, make them feel, think about the film afterwards … that may not happen. Rather that evoke too many emotions, Ratchet and Clank is one fast-paced sequence to the next, full of vibrant colors and fast machines.

With movie theater ticket prices continuously on the rise, this animated adventure may not feel worth it. It will, however, keep kids entertained at home or at a cheaper price on DVD. With so many other substantial options out there, it’s understandable why this feature-length video game may not be as successful as the filmmakers intended. 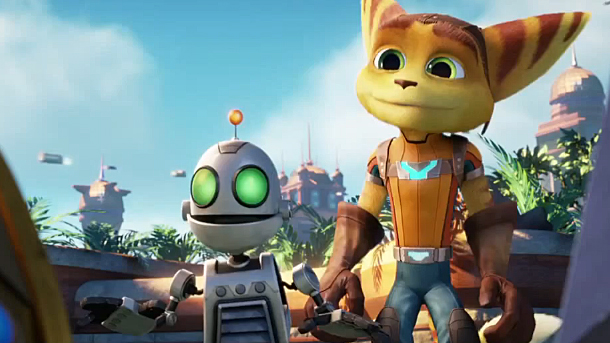 Q: Does Ratchet and Clank pass the Bechdel-Wallace Test?