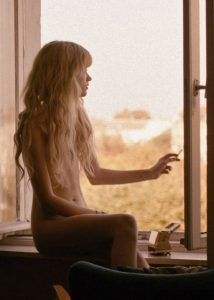 Bang Gang: A Modern Love Story is a thrilling and ‘artsy’ French film detailing the escapades of French youths as they discover and explore their sexuality –all together –in an attempt to feel “free.”

Eva Husson’s debut feature is a dreamy view of youth promiscuity. What it lacks in “consequence” (that the stakes aren’t very clear), it makes up for with beautiful production and sound design. Additionally, the acting is superb, with “George” (Marylin Lima) leading the cast. The film is matter of fact, and definitely NSFW (not suitable for work), because Husson does not shy away from nudity. At all. (RAK: 4/5)

This steamy film takes place in a suburb in France, and enters into the lives of high schoolers discovering and experimenting with their sexuality. Think teenage swingers party gone rogue. A pair of best friends, “George” (Marilyn Lima) and “Laetitia” (Daisy Broom) find themselves hanging out after school with two of their guy friends,  “Alex” (Finnegan Oldfield) and “Nikita” (Fred Hotier) by the pool in Alex’s backyard.

But Alex never calls George back. In fact, he sleeps with her best friend, Laetitia. And so, in an attempt to make him jealous, she thinks of a new game for her friend group: a version of truth and dare–minus the truths–plus a lot of sexual tension.

Soon, every party that takes place in Alex’s house is a huge, sexy, swinger’s party. These teenagers have sex wit 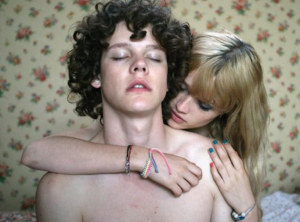 h each other without a care in the world, with more than one at a time. The scenes are animalistic and chaotic, complete with a slew of alcohol and drugs. It seems that most of the kids in the school want in on the ‘bang gangs’. They begin posting pictures and videos of the parties online, with complete disregard for the consequences.

The only character that has his own, unique and seemingly healthier way of ‘letting loose’ is Laetitia’s awkward neighbor, “Gabriel” (Lorenzo Lefebvre). Gabriel ultimately has George questioning her interest in Alex and falling for him instead.

After a few weeks, questionable behavior finally begins to catch up with everybody. Without giving any spoilers away, let’s just say that various problems become very tangible and threatening for many of the participants.

Cinematically speaking, the film is beautiful. The color scheme is bright, colorful and dream-like. The sex scenes are dark and fast-paced. The music sequences are dramatic and each unique to their own part of the film. For example, one sequence has Alex walking through his house with blaring music.  He walks straight for the pool and jumps in – and the music cuts to silence. The audience is literally brought into the pool with Alex, to breathe, relax, think–quite literally to “chill” with him. Throughout the film, Eva Husson has her viewers tangled up in the story and close to the action.

The deeper messages of the film resonate even after the film is over. It is difficult to tackle these themes of adolescent choices regarding sexual maturity and consequence. That said, they are important and completely relevant topics, and Eva Husson did a beautiful job of capturing them in this explicit new kind of ‘coming of age’ story. 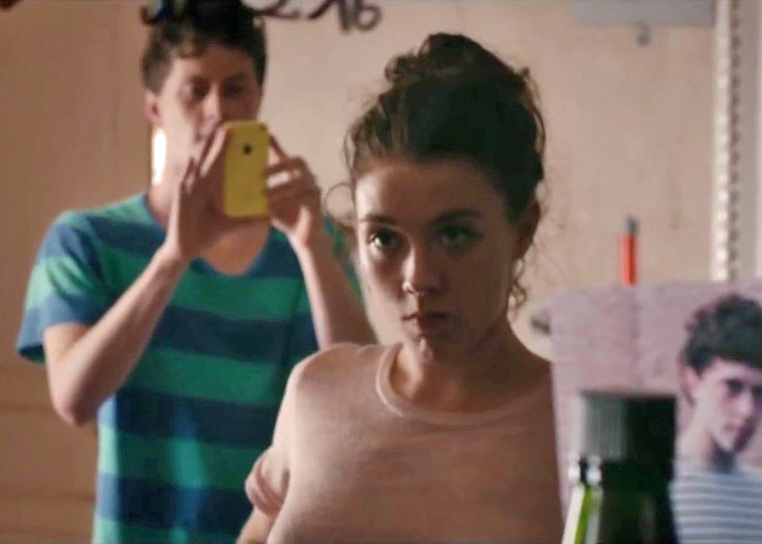 Laetitia and George’s relationship goes beyond discussion of any particular boys. There are scenes at school with other classmates, as well as scenes with their respective families. Each child speaks with her parents regarding the typical familial questions (curfews, chores and what is for dinner), and George’s mother hits the roof when she learns about her daughter’s extra curricular activities.