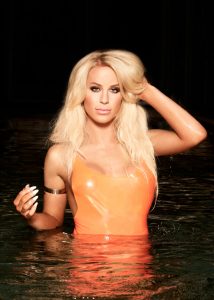 Renowned documentarian Barbara Kopple teams up with Youtube star Gigi Gorgeous to bring Gigi’s gender transition to the screen. From her Youtube channel’s beginnings in makeup tutorial videos, we follow her through surgery and down runways as she seeks to find, and be, herself. (GPG: 3.5/5)

Much of This is Everything was actually shot by Gigi herself, either as part of her Youtube presence or for personal documentation of her transition. Gigi is a charismatic narrator, and her personality makes every moment of the story interesting and fun. It feels as though we are at her side as she deals with the difficult, weird, and often hilarious moments of transition—highlights include Gigi flashing her manager with her new breast implants, and figuring out how to put on a bra in a Victoria’s Secret stall. It’s all what a film critic may be tempted to describe as a “romp,” which is heartening to see when trans stories are so often tragic—but that same upbeat tone also raises some questions.

The way Gigi’s transition follows the archetypical, mainstream version of a trans woman’s story is reminiscent, in ways good and bad, of Caitlyn Jenner’s story—Gigi even mentions Caitlyn Jenner as someone she wishes had been around when she was growing up. On one hand, the pre-packaged narratives both these women make use of in telling their stories are often helpful in gaining acceptance from people who struggle to understand what it means to be transgender. On the other, rhetoric like describing a trans woman as “a woman trapped in a man’s body” is widely considered an outdated way to talk about being trans. Caitlyn Jenner is also a Republican, meaning her interests are aligned with only a percentage of the wider queer community. 1%, to be exact.

Which brings me to the other commonality between Gigi and Cait 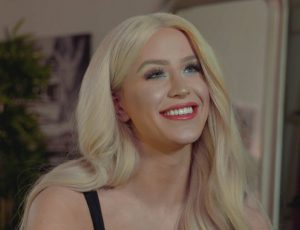 lyn: substantial wealth. Gigi’s money, mentioned at one point as a seven-figure income, makes the expensive process of gender transition easy for her. This difference between her and the vast, vast majority of trans women is only mentioned once, in passing. And
the differences don’t end there: while Gigi’s difficulties with her family are covered, only her father is shown having any trouble understanding Gigi’s transition, and that plotline is resolved by the middle of the movie. This is sadly very different from the typical family’s response. We also only see Gigi experience transphobia in the outside world once, at the very end of the film, when she is denied entry to Dubai. Since their oppression makes trans women one of the populations most at risk for mental illness, suicide, and death by homicide, Gigi’s luck seems impossible—though perhaps it’s not so impossible, if you have a seven-figure income.

That’s not all. Transgender women are at grave risk of violence from men they date, but the brief romance we see Gigi get into is nothing but puppy love, and afterward her only commentary is about how she will try to be more independent in her next relationship, a very mainstream dating concern which does not scratch the surface of the difficulties trans women face in the dating world. While we see vitriolic Youtube comments from before Gigi comes out, we don’t see any from afterward—are we, as the audience, expected to believe a woman has been a presence on the internet for years, without getting any hate mail?

I personally found it very strange that Barbara Kopple chose to paint such a rosy picture of transition in this film when she’s best known for her focus on social justice (in films such as her Oscar-winning doc Harlan County, USA). At this point, it’s all but impossible not to come to the conclusion that Gigi’s depiction of her life has been framed, as most selfies are, from the most flattering angle possible. Gigi’s story is like a fairy-tale princess version of the trans experience, complete with the fantastical dresses and neatly wrapped up ending. This is by no means bad or unenjoyable, but if you’re looking for a realistic documentary about what it’s like to be trans in America, This is Everything probably will not satisfy. 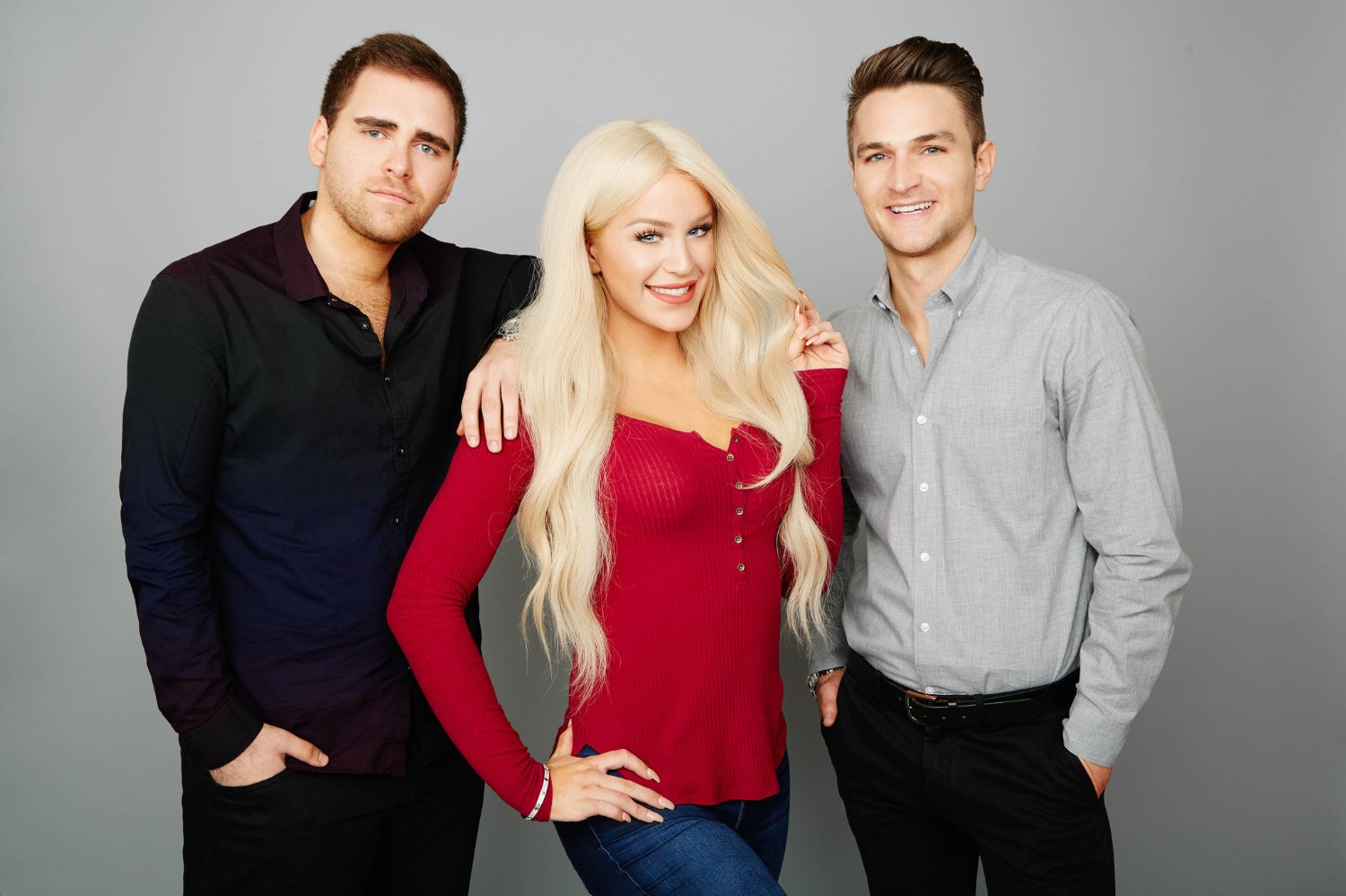 Bottom Photo: Gigi and her family.

Q: Does This is Everything pass the Bechdel test?

Tiffany, a female friend of Gigi’s, is often with her onscreen, and she and Gigi talk about Gigi’s transition.

Giorgi is pretty hard on Gigi (and on filmmaker Barbara Kopple), but I feel a great deal more empathy for both of them. First let me say that I had never heard of Gigi Gorgeous before I entered the theatre, and I found the entire story fascinating.

Obviously there is a great deal in Gigi’s life that made her an exceptional person (as well as a pioneering new media personality) well before her decision to come out and later to transition. First and foremost, she was a Canadian diving champion, so she came to know her body as an athlete from a very early age. Her athletic success also gave her a degree of physical confidence (as well as personal moxie) that few teens typically possess. Regardless of her inner conflicts, the outer Gigi was always a star with full confidence in her own charisma.

Second, she lost her mother to breast cancer while still in school. No doubt that helped make Gigi hyper-aware that “every moment counts,” and for someone with her personality that clearly expresses itself in a “damn the torpedoes” determination to do it NOW (regardless of the dangers inherent in any particular “it” on her horizon). This family tragedy also helps explain why Gigi’s family has been so supportive in circumstances that often make many other families act in frightful and frightening ways. David Lazzarato, who faces Kopple’s camera with honestly and integrity, knows he must be both mother as well as father to this extraordinary child, and sometimes we can actually see Judith Belding Lazzarato (Gigi’s late mother) coaching her husband as he struggles for words.

Beyond all this, as someone drawn into a life in cyberspace as an adulthood edging towards seniority, I was fascinated by the mechanics. Watching a boy named Gregory Allan Lazzarato re–create himself as an online persona named Gigi Gorgeous was a revealing peek inside our rapidly-evolving internet economy. Since Giorgi has grown up with all of this, she make take Gigi’s current wealth somewhat for granted, but I do not… and more to the point, I don’t think Gigi does either. Amazing as it may all appear to be now, it is one thing to become a YouTube phenomenon, but quite another thing to sustain a lifestyle so fundamentally ephemeral.

So kudos to Barbara Kopple for crafting a doc with so many levels of meaning from a virtual mountain of material. And to Gigi Gorgeous: May You Live Long & Prosper. 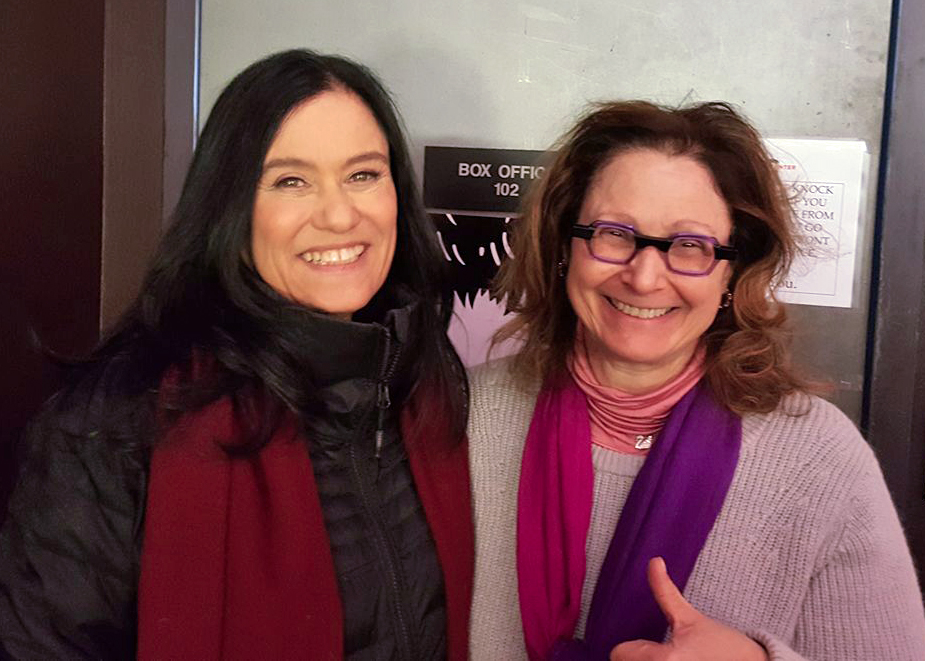 Photo: FF2 Media Editor-in-Chief congratulates filmmaker Barbara Kopple (left) on the NYC premiere of her new doc This Is Everything: GiGi Gorgeous. Good thing I decided not to wear any make-up. This was a laughing thru tears experience for me!

by Giorgi Plys-Garzotto February 1, 2017
Giorgi Plys-Garzotto is a journalist and copywriter living in Brooklyn. She especially loves writing about queer issues, period pieces, and the technical aspects of films. Some of her favorite FF2 pieces she's written are her review of The Game Changers, her feature on Black Christmas, and her interview with the founders of the Athena Film Festival! You can also find more of her work on her website!
Previous Post Next Post