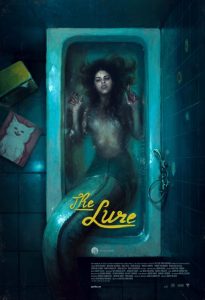 The Lure is Polish director Agnieszka Smoczyńska’s debut feature-length film. Originally named órki dancingu, which literally translates as “Daughters of the Dance Club”, this horror musical film is about two mermaids, “Silver” (Marta Mazurek) and “Gold” (Michaline Olszanska) who become fascinated with their new lifestyle as humans. They join a family of musicians and explore the world humans live in whilst performing at an adult entertainment club. However, the choice between staying a mermaid and becoming a human begins to create a divide between the sisters, who cannot live without one another. (KIZJ: 3.5/5)

The movie begins with “Gold” (Michaline Olszanska) and “Silver” (Marta Mazurek) in the waters, observing a family of three humans on land singing, dancing, and strumming a guitar. The singing family entrances the two mermaids and curiosity forces them to reveal themselves.

They get taken into the foreign world of adult entertainment where their mermaid identity is exposed, and the “House Manager” (Zygmunt Malanowicz) decides to take them in as performers. They are brought out to buy new clothes and shoes and the shopping mall breaks into dance and upbeat pop music as the mermaids first see the human world outside of the club during the day. The two seductive and fresh young girls are exploited as performers alongside the “Nightclub Singer” (Kinga Preis), the “Bass Player” (Jakub Gierszal), and the “Drummer” (Andrzej Konopka). Everyone around them is dumbstruck and fascinated by their presence and they too enjoy the attention.

Gradually, an attraction between the Bass Player and Silver begins to form and Gold becomes worried about Silver falling in love with him. The divide between the two sisters grows stronger as the more invested Silver becomes in the bass player, the closer she seems to becoming human. Gold, on the other hand, deviates further and further away from being human and begins seducing and eating her human victims.

Gold sings about her worries directly to the camera as she freezes time in the world around her and gently caresses the humans in a devious manner. Soon after, “King Triton” (Marcin Kowalcyzyk) informs her that, should Silver fall in love with a human and the human marry another person instead, Silver would turn into sea foam by the next sunrise. Eventually, because the Bass Player refuses to recognize her as more than a fish, Silver sacrifices her tail in exchange for real human legs, believing that what she had found was true love. Nevertheless, the loss of her voice and a failed, painful sexual experience with the Bass Player seemed to bring his apparent love for her to an end.

This film must be watched with an open mind and the suspension of disbelief. It has moments of excitement, hope, realization, and growth. And the elements of humor in combination with an exaggerated script and serious execution, often left the auditorium ringing with laughter. Although the highly stylized 80’s world of the film may seem puzzling, the story is about the coming of age and growth of individuals in a foreign world. It showed the first smoke, first drink, first love, first heartbreak and many other firsts of the mermaids. Director Agnieszka Smoczyńska pulls at our heartstrings as we are dragged through a very blunt coming-of-age story, where the curiosity and desire for new experiences can be met with disappointment and loss.

Although this is not a film for everyone, I would strongly encourage people to try to watch at least a part of it. Watching The Lure with its colorful, experimental visuals, is in itself an experience worth trying. 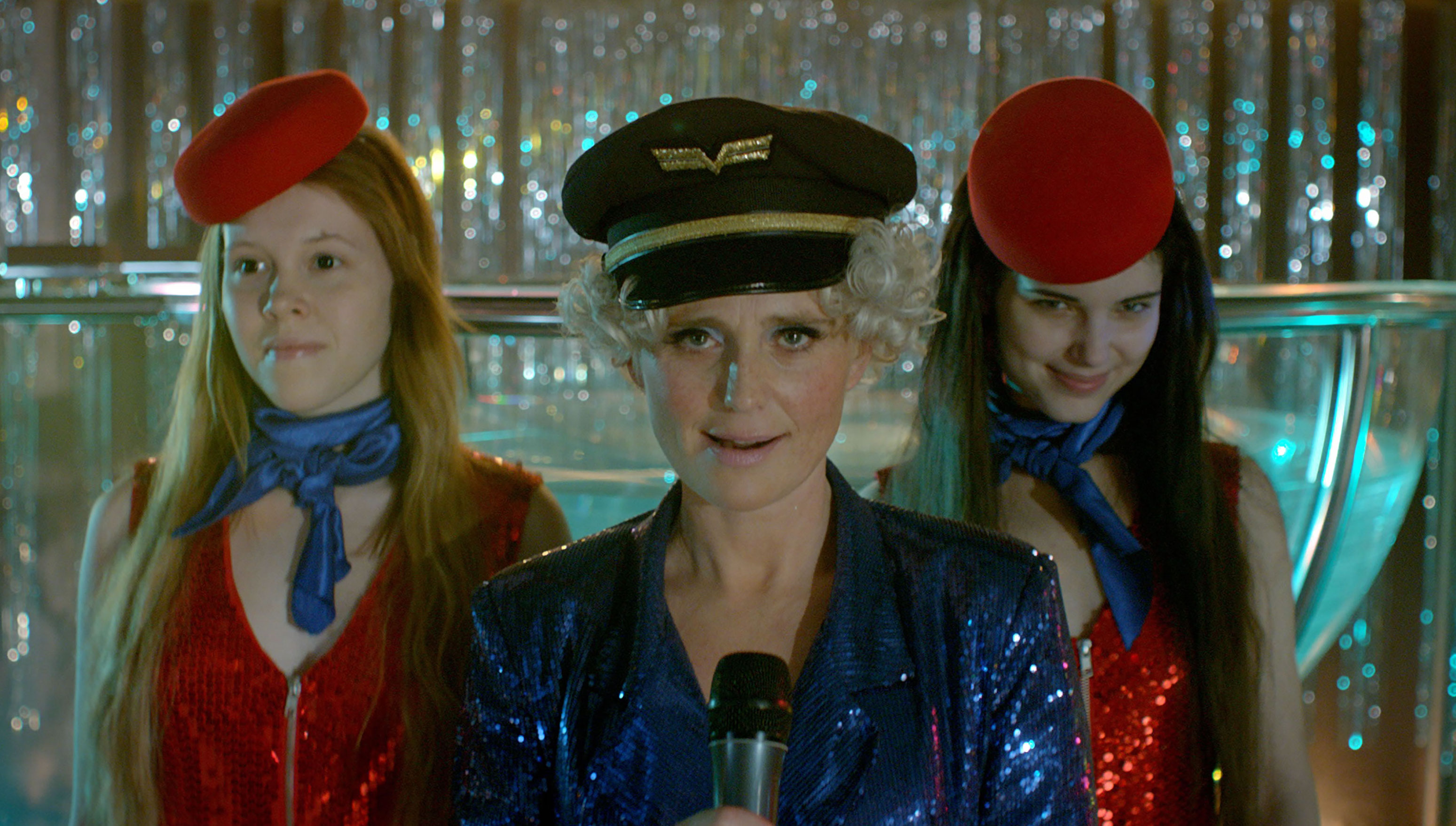 Bottom Photo: Gold and Silver performing with the Nightclub Singer.

Does The Lure pass the Bechdel-Wallace test?

Yes, but only just.

A lady who works at the nightclub encourages Silver to smoke her first cigarette.