Kedi takes the Internet’s fascination with cat gifs and videos to an extreme level, following the stray cats that inhabit the streets of Istanbul and become quiet allies to its residents. (GEP: 3.5/5)

Montages of cats of all sizes, ages and colors wandering the streets are depicted in this documentary, directed by Istanbul native Ceyda Turon. The director wrote in a letter to the film’s audience, “I wanted to explore philosophical themes that would make an audience ponder about our relationship to cats, to nature, to each other.” But with most documentaries, the human angle is ultimately the most important. These men, women and children have a connection to the cats that have become part of their culture – they’re part of what make this place home, love them or hate them (but there’s no hate here, refreshingly).

While the filmmakers do their best to keep the audience engaged, this is unmistakably a film for cat lovers. If you ooh and ahh and how adorable these animals are, Kedi is a moving story about how animals can assimilate to the lives of humans and become an important part of their narrative. Each cat has a unique background and identity that is memorable and well-told – almost well enough to make you forget that, yes, this is a movie about cats. Only cats. 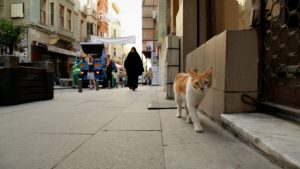 If you’re not a fan of four-legged fare, the documentary is at the very least a scenic look at Istanbul, its customs and inhabitants. Turon manages to tell the story of a variety of people through feline eyes.  The film harkens back to the memorable 2014 Disney short film, Feast, in which a man’s adult life is portrayed from the point of view of his beloved dog. Turon’s documentary is essentially a prolonged version of that, but from a variety of cats who have made a playground of a vast urban setting.

When the cats’ journey starts to venture into the boring, the viewer is given time to ponder how difficult a film this was to make – getting down on the level of a small creature, entering its world and seeing an entire city through its eyes? Not an easy feat. 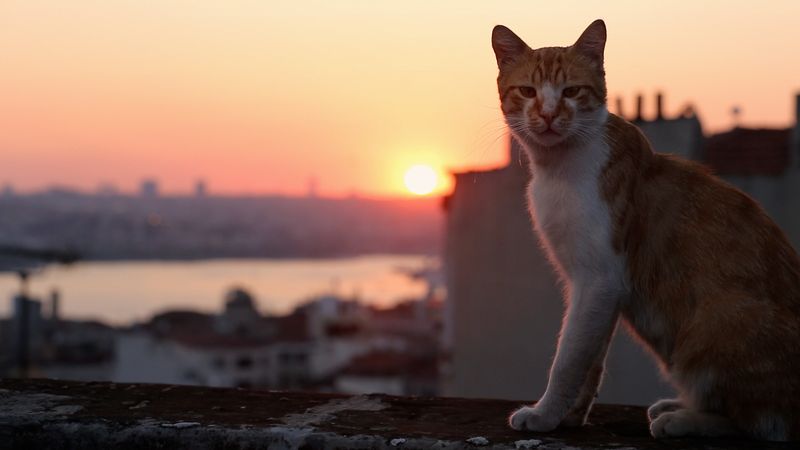 Photos: Cats in the streets of Istanbul.