THE REHEARSAL (2016): Review by Giorgi Plys-Garzotto 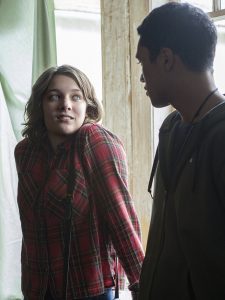 The Rehearsal follows a group of acting students writing an end-of-year dramatic piece about a recent underage sex scandal. When one of the group strikes up a romance with the sister of the victim, the students get access to information that will strengthen their piece—but at what cost?

Director Alison MacLean’s latest is well-written and acted, though its ending is unsatisfying. (GPG: 3.5/5)

“Stanley” (James Rolleston) meets “Isolde” (Ella Edward) on the bus on his way to his first day at The Institute, the foremost acting school in their city. After a series of run-ins around the city, Isolde confides to Stanley that her sister is the subject of the recent sex scandal everyone is talking about—Isolde’s teenage sister was the victim of statutory rape by her tennis coach, who has since been fired… but not arrested or charged with a crime. The scandal is made more uncomfortable by the fact that Isolde’s sister tries to get Stanley’s help in maintaining contact with her coach, as she is apparently still in love with him.

Meanwhile, Stanley has been put in a group with five other students to create an original play for the end of year showcase at The Institute. They struggle to come up with a concept for it, until Stanley gets a bright idea: the tennis scandal. As they begin to write the piece, Stanley incorporates anecdotes an unknowing Isolde has told him about her sister, ignoring the fact that Isolde is looking forward to seeing him in the end of year showcase. 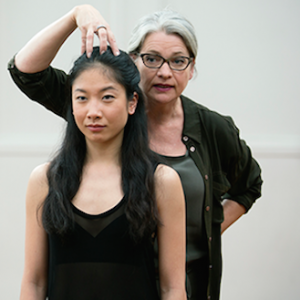 We get to know Stanley’s group-mates while they write their dramatic piece; the characters are stock, but entertaining, most notably “William” (Kieran Charnock), the class clown and Shakespearean wise fool who provides criticism for often navel-gazing attitudes that can be found in most art-school environments (though his criticism is also navel-gazing, but oh well).

Also figuring in the film’s events is the school’s director, “Hannah” (Kerry Fox), whose megalomanical influence both inspires and restricts everyone involved with the Institute. She spearheads the acting program at The Institute, which as we see over the course of The Rehearsal involves what almost looks like ritual abuse—students are forced to reveal intimate information about themselves as a forced bonding exercise, and Hannah’s pedagogy often involves shouting and cursing at her students.

While the conflict comes to a head, the results are vague to the say the least, and it doesn’t feel like any of the characters get their just desserts, whether good or bad. Perhaps the intent was a deliberately ambiguous invitation to the audience to fill in the blanks in the plot, but I don’t have much respect for that kind of storytelling. All in all though, The Rehearsal is an original story, well told! 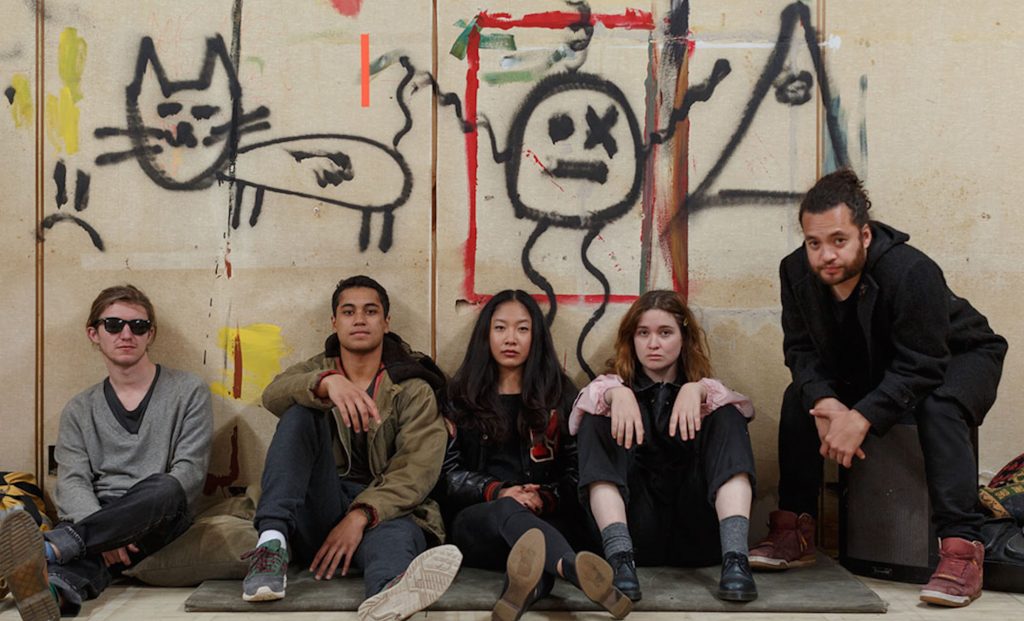 Q: Does The Rehearsal pass the Bechdel-Wallace test?

Isolde and her sister have a full conversation together, among other Bechdel-Wallace moments over the course of the film.

ROCKS IN MY POCKET

by Giorgi Plys-Garzotto July 7, 2017
Contributing Editor Giorgi Plys-Garzotto is a journalist and copywriter living in Brooklyn. She's been thrilled to step into an editing role at FF2 after writing as a reviewer for years, so you may see her writing at the bottom of intern's posts as well as in her own pieces! She especially loves writing about queer issues, period pieces, and the technical aspects of films. Some of her favorite FF2 pieces she's written are her review of The Game Changers, her feature on Black Christmas, and her interview with the founders of the Athena Film Festival! You can also find more of her work on her website!
Previous Post Next Post