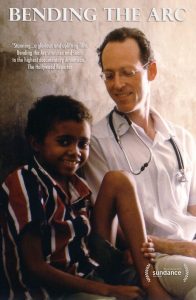 What difference does it make what I do when there are millions upon millions of people that do nothing? The argument—the excuse of inaction—is the very same across the greatest issues of our time: war and refugee crises, climate change and global health care, to name a few. But as co-directors Kief Davidson and Perdro Kos, as well as screenwriter Cori Sheperd Stern, blatantly answer in Bending the Arc: one individual can make all the difference. When a driven individual teams up with passionate friends and starts building long-lasting community-based systems—it is possible to change the world. (MJJ: 4.5/5)

Bending the Arc is the story of how two American activists, Paul Farmer and Ophelia Dahl, meet on a hillside in Haiti, and how the interaction ignites the idea of an organization, Partners in Health, that would save lives and go on to change the state of global health care. It is, in many ways, a story too good to be true—but it is true. The documentary begins with footage from the 1980s. While in Haiti, Farmer is accepted to Harvard Medical School where he later meets fellow Harvard student, Jim Yong Kim. The young students continue to travel to the rural parts of Haiti and begin the process of combatting the tuberculosis, a disease long controlled in the wealthy parts of the world. This battle would eventually lead them to confront, not only the pharmaceutical industry, but, the whole medical community at large.

This is an amazing story well told: the 102-minute running time is filled with critical moments of failure and the many lessons learned. More than anything, Bending the Arc proves what ambition and drive can do. The tenacity of Farmer and Kim is both impressive and inspiring and, their never-failing optimism seems often larger than life. The film is certainly released at a time when the need to be reminded of the value of passion for justice and power of community against those in control cannot be overstated.

Yet one question grows more disquieting the more we see the important work Farmer and Kim are doing: where is Dahl? From the start, the documentary is interspersed with present-day images and commentary by the three main protagonists. Their annotation to the narrative is mixed with flashbacks and old videotapes, and we get to learn the background of both Dr. Farmer and Dr. Kim. But as Bending the Arc trails on, the missing depiction of the lead female gets increasingly disquieting. Ophelia Dahl, Chair of the Board of Trustees of the organization, stays a contemporary narrator and we never learn why she got involved or what drove her to Haiti in the first place. Perhaps the decision to leave out the past was Dahl’s own, but it unfortunately leave the viewers with the stale impression that female history is still not as significant as the male’s. However, if the contouring of Dahl is bleak, it is certainly regained by the colorful Agnes Binagwaho, the former Permanent Secretary of the Ministry of Health in Rwanda, who partners with the trio in expanding their work to her country.

Undeniably, the power of women and the power of community are two necessary agents of bending in Bending the Arc. The Haiti-originated system of training “accompagneurs,”or local nurses and volunteers, was, and is, at the forefront of global health intervention in developing countries. And Farmer and Kim continuously appear as two heroes fighting for the poor and oppressed, but in a most humble and dexterous way. That Kim now is the president of World Bank Group and that Partners in Health has managed to combat tuberculosis, HIV/AIDS, and Ebola in many of the poorest parts of the world, gives the documentary a glittering quality and shows how a group of few individuals that dreams big and are ready to get down to work, can alter the opinion and way of the biggest players in global issues.

Leaving the theater, I could not help but feel less devastated by the atrocities and challenges currently going on around us. Bending the Arc convinced this skeptically inclined individual to not only believe that bending the arc toward justice is doable, but urgently feel the need to start doing actual bending work herself. In the words of Paul Farmer: “optimism is a moral choice.” And if exposing an audience member to a story that makes her reconsider her place and impact in the world is not the power of great cinema, then I do not know what is.

PS: Stay for the credits. Not only for acknowledging the many people involved in making this inspiring art work, but also for the “behind the scenes” clips. Especially the video of Farmer’s and Kim’s children explaining that they are practically brother and sister because their fathers have always lived together, is not only adorable, but beautifully summarizes the main point of this documentary: each and every one of us are nothing less than human and deserves nothing less than to be treated as such. 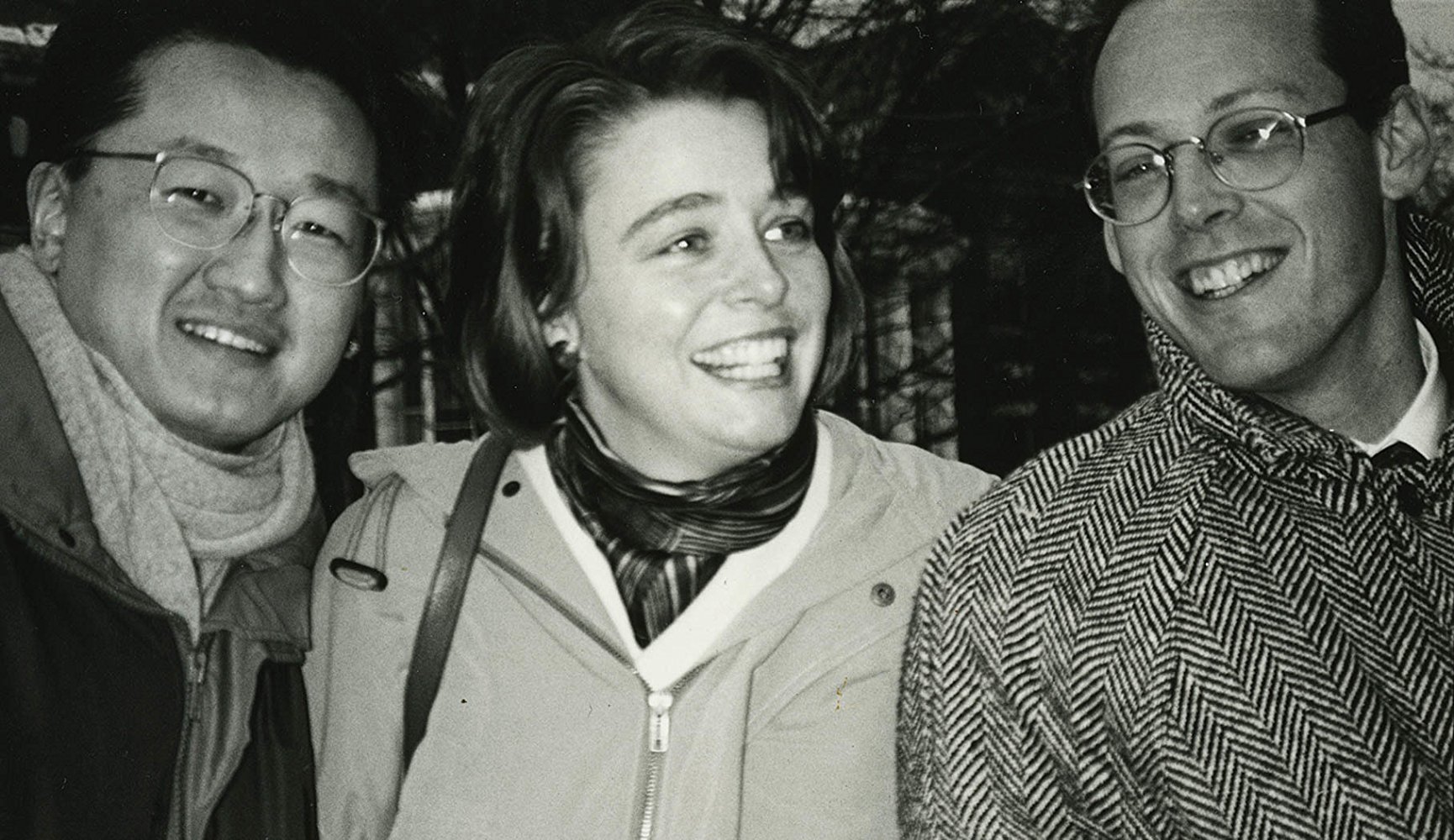 Q: Does Bending the Arc pass the Bechdel-Wallace Test?

No.
Though being a documentary complicates the testing, I can still not remember a scene between any two women talking amongst themselves.