Vazante is painful to watch. Director and co-writer Daniela Thomas challenges the viewers in both subject matter and execution, but if you can stay with the long takes, presented without score and without color, a slow momentum is created that leads to an extraordinarily powerful ending. (MJJ: 3.5/5)

Director Daniela Thomas’ Vazante is not a light weight—and it does not apologize for it. Taking place in the Brazilian mountains in 1821, the film opens with a white woman dying in childbirth. The woman is the wife of a rich Portuguese drover and slave owner “António” (Adriano Carvalho) who distinctly does not like to wear shoes. The ungrounded António mourns his wife and lost child, but when he eventually discovers the lively daughter to his diseased wife’s brother, he decides to take his niece, “Beatriz” (Luana Nastas), as his new bride.

About this time in the storyline does the already uneasy tone, set off with the opening scene, intensify. At the marriage, Beatriz’s father remarks that she has not yet gotten her period: she is still a child. Antonio instead takes out his urges on one of the slave women and then leaves to buy new cattle. Alone with the slaves on the farm, Beatriz starts to play with the other children, and especially with an older boy, Virgilio (Vinicius Dos Anjos).

This is a brief summary of the events an hour into the film. The slowness and carefulness of Thomas’ depiction, particularly with the absence of a score, is, at times, quite excruciating. In particular, the beginning has a multitude of establishing shots, which, on one hand displays magnificent nature, but on the other, further slow down the development of the plot and occasionally seem too much like location scouting going overboard. And if Daniela Thomas is confident about the pace, I wish she would trust the audience in that with fewer shots showing bare white feet in mud, we would still understand the ruling power structures of the white man governing over the lesser people, be it women or slaves. However, staying with Thomas, the patient audience member gets a forceful payoff.

Vazante starts with death and, quite expectantly, ends with death. But also with life. Though it today is baffling how people could buy other humans and use them as forced labor, the insanity of it is, frankly necessarily, kept alive in works such as this. Thomas’ film deals with the lingering issue of race, but just as Vazante translates to “surge” in English, in the final scene, Daniela Thomas presents the unstoppable force of a powerful flow that is inherent, although suppressed, in the female. And just like that, time is up. 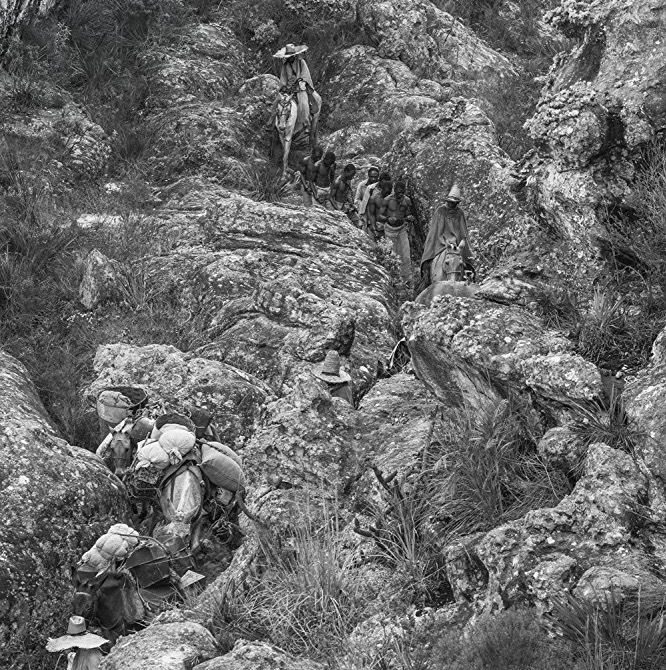 Middle Photo: A typical scenic shot of Antonio’s slave caravan in the mountains.

Bottom Photo: Beatriz and Antonio at the wedding.

It is quite hard to say since the story makes a point of women (and slaves) circling and being fully dependent on men, but given the test criteria, there are a few lines exchanged between female characters that are about possessions and blessings.

WILBUR WANTS TO KILL HIMSELF