Taking the top prize in the US Narrative Competition at the 2017 Tribeca Film Festival for her film, Rachel Israel tells the story of unlikely love through two adults with learning disabilities. When upper-class, egocentric David begrudgingly attends a support group for people struggling with the same challenges, he meets a friendly, optimistic Sarah who pays him the attention he can’t find on awkward blind dates. Her enthusiasm for the support group is initially a turnoff for David, but on their way to the Brooklyn Bridge for an assignment, her ease in his presence and treatment of him as an equal (something he gets little of in his everyday life) sparks the beginning of their unique romance. 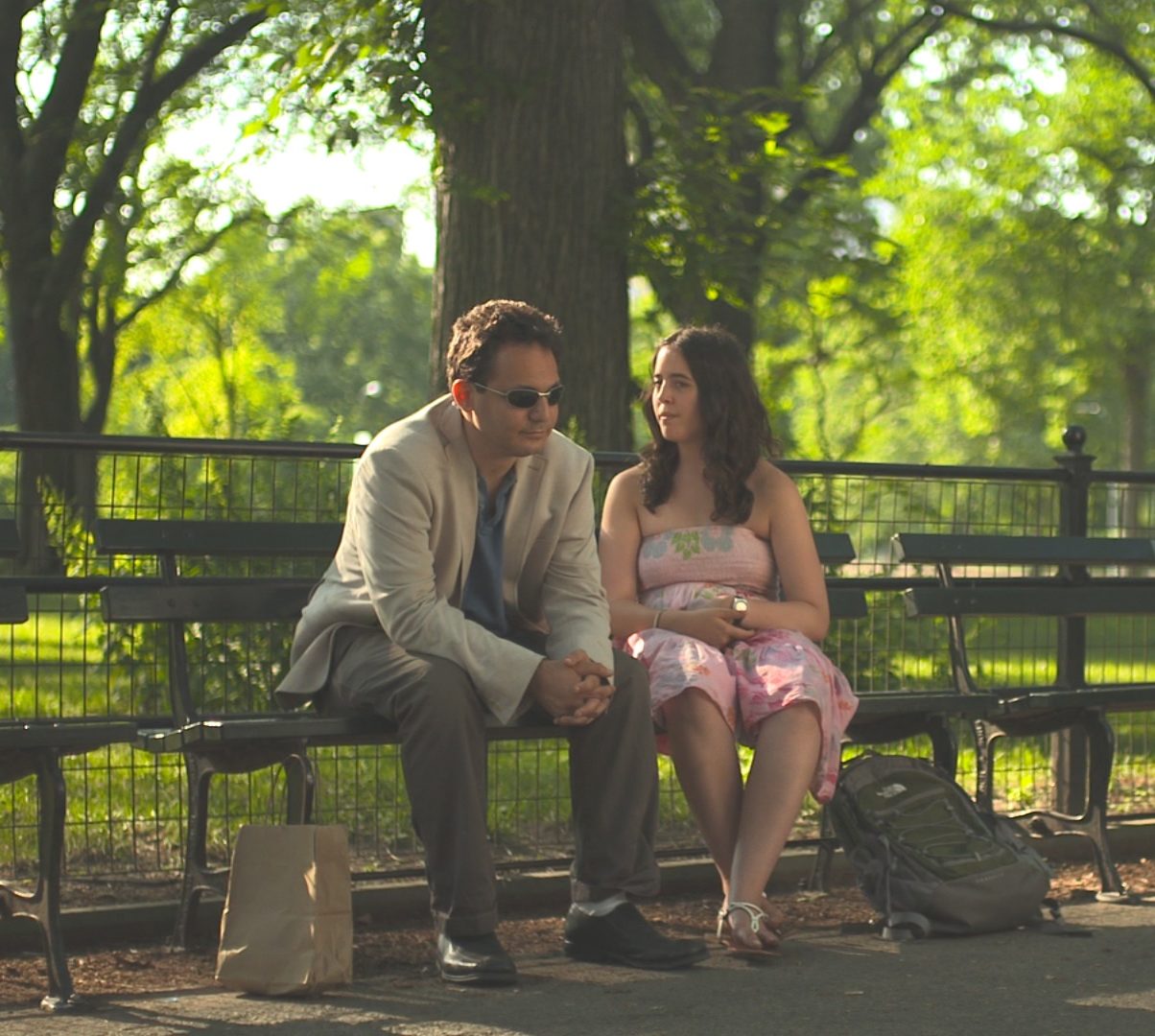 Their flirtation and burgeoning relationship is humorous, awkward and endearing, like most, making their disabilities disappear behind their personalities. It’s simple concept, really, wanting to be accepted in a world that defines you by your outward appearance. Infinite labels (mentally challenged, short, tall, fat, skinny, gay, straight, etc.) play into people’s preconceived notions of who you are and what they can expect from you. Israel captures David and Sarah’s world and the obvious tie that binds them together: their deliberate attempt to make eye contact with people and ask questions, they way they joke and behave at social gatherings and their very human personalities that, together, create a beautiful love story.

Columbia University graduate Israel originally made an award-winning short by the same name, starring a majority of the same actors – including her friend Brandon Polansky – from Manhattan’s Jewish Community Center (JCC). Polanksy is remarkable in the lead role, but particularly great opposite his romantic counterpart – the charming Samantha Elisofon. Together, they fit the mold of the yin and yang, the introvert and extrovert that compliment each other in the most classic of romantic comedies. It’s no different here. The two bicker back and forth, fumble through awkward physical encounters and meet each other’s families. Their autism is merely a cog in the wheel of the story – a feat Rachel Israel should be proud of.

Q: Does Keep the Change pass the Bechdel-Wallace test?

by Brigid K. Presecky March 14, 2018
FF2 Media Vice President and Managing Editor Brigid Presecky began her career in journalism at Chicago's Goodman Theatre. In 2008, she joined FF2 Media as a part-time film critic and multimedia editor. Receiving her Bachelor of Arts degree in Communications from Bradley University, she moved to Los Angeles where she worked in development, production and publicity for Berlanti Productions, Entertainment Tonight and Warner Bros. Studios, respectively. Returning to her journalistic roots in Chicago, she is now a member of the Chicago Film Critics Association and certified Rotten Tomatoes Film Critic.
Previous Post Next Post