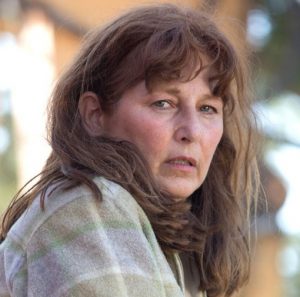 Director Courtney Balaker gives us a true story of a woman who led her community in standing up to pharmaceutical company Pfizer. While Little Pink House feels like a Lifetime movie, the story is still quite inspiring, and there are many admirable performances in this tale of bravery and civic duty. (GPG: 3/5)

Carolyn Keener might give me goosebumps after her role in Get Out, but she thoroughly convinced me of her role in Little Pink House. Keener’s Suzette Kelo is a high-spirited and independent woman who is starting over in a small Connecticut community after leaving her husband. She pours herself into her new house, which she paints bright pink, and quickly falls in love with both the house and the community where it is situated. So when the community is threatened by Pfizer, who wants to buy up all the land for its new headquarters, Suzette is one of the first to stand up against the dirty tactics being used to get her and her neighbors out of their homes.

The thing about Little Pink House that had me less engaged than I could have been was that the direction was just plain uninspired. For instance: there are chirons to introduce the main characters in Suzette’s story, such as the mayor of her town and the main Pfizer executive advocating for the new headquarters, but they’re the most obvious typewriter font and are accompanied by click-clacking of typewriter keys; how many times has that been done before?!

The way the film is shot frames things in basically the same way no matter what is happening in the scene, so no real tone is ever established for the story other than a “basic” feel that evokes cable television. Every scene is basically the same: wide shot to show where the characters are, then back and forth between run-of-the-mill mids and close-ups until the scene ends. That kind of coverage is par for the course in a studio multicamera sitcom, but in a film we expect a little more visual variety, and in Little Pink House we don’t get it.

The result is that what could have been a compelling story turns into a fairly bland take on some well-drawn characters and a plot vitally connected to some of the biggest issues of this time period. It kind of feels like Little Pink House was ruined by the unadventurous take on the visuals, and in fact this movie could stand as a lesson to film students that neglect of the visual will kill the dynamism of their film. This is the story of a community literally fighting to keep the houses they own; why does it feel like an episode of Pretty Little Liars or One Tree Hill?!

It’s sad to see because the aesthetic is the only way in which Little Pink House does not deliver; it has a strong female lead who has all the agency you could ask for, as well as a female villain in the form of a local politician looking to score campaign funds from Pfizer. The script is also well-written and features a solid romance that doesn’t take away from Suzette’s plot arc! While watching, I wished I could see what Little Pink House could have been with more visual strength. 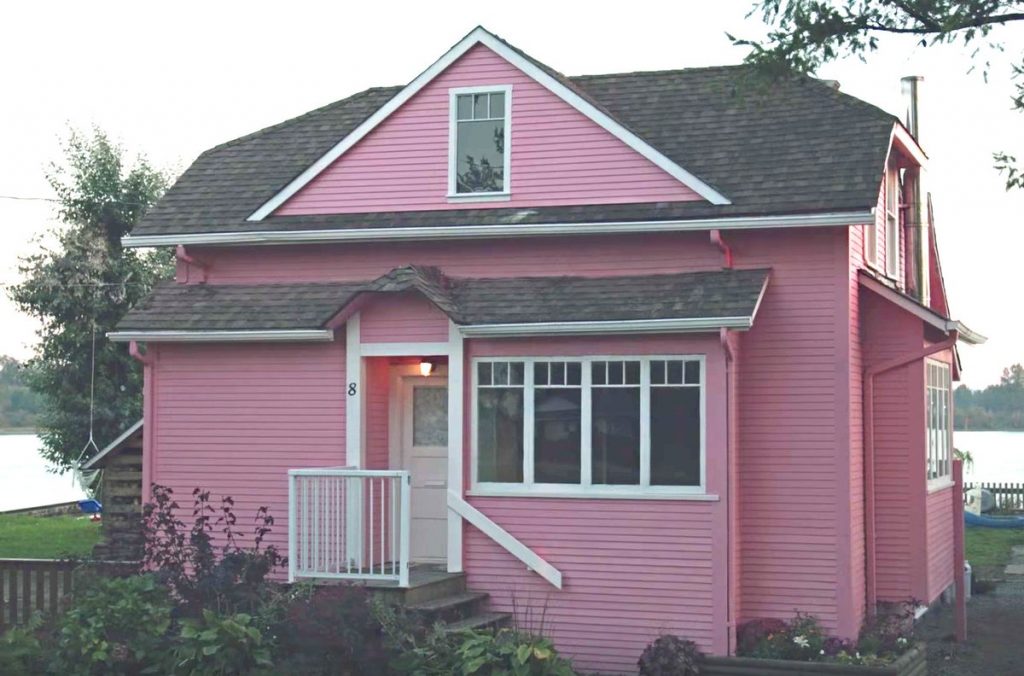 by Giorgi Plys-Garzotto April 17, 2018
Giorgi Plys-Garzotto is a journalist and copywriter living in Brooklyn. She especially loves writing about queer issues, period pieces, and the technical aspects of films. Some of her favorite FF2 pieces she's written are her review of The Game Changers, her feature on Black Christmas, and her interview with the founders of the Athena Film Festival! You can also find more of her work on her website!
Previous Post Next Post