Natalia Almada writes and directs Everything Else (Todo Lo Demás), a close up observation of a life plagued with isolation. The movie stars Academy Award Nominee Adriana Barraza as Doña Flor—a recluse who leads a monotonous life filled with rules and regulations. In this simple, yet painfully empty lifestyle, she sees no reason for change, until she loses the one creature she cares for. (KIZJ: 3/5)

Beige, brown, and off-white—these make up the palette of “Doña Flor’s” (Adriana Barraza) bedding, walls, clothes, and life. It is morning and Doña lies still in bed staring at the ceiling. Moments later she sits at the edge of her bed, once again staring ahead. She reaches into a pile of carefully rolled up, flesh-colored pantyhose, each identical to the others, takes one and puts it on.

Doña works at an office where Mexicans come up to her one by one to hand in their applications for their voter ID cards. Every day she sits at her desk with her reading glasses and sternly checks through each document. With her machine-like style of processing documents, she nit-picks at any and every detail of paperwork. There is never any room for mistake or humane understanding. The office is in front of a waiting room, where people wait for hours at a time. Even so, Doña shows no sense of understanding and neglects the wants, needs, and circumstances of the many clients she sees daily.

After work, she visits a pool and stands on the side, watching people swim. It isn’t long before she goes back to the subway and returns home to her cat. Doña’s daily interactions are so cold and mechanical, that the exchanges with her cat are her only humane and warm moments. Following some more daily ritual actions, she prepares herself to reset for another day of repetition. Despite her efforts to avoid it, change is inevitable. The life of this numb, middle-aged woman makes an unexpected turn when her only companion, the cat, takes ill. This pushes her to make adjustments to her rigid lifestyle, which becomes the humane light at the end of this dull, monotonous tunnel.

Natalia Almada’s film compiles a multitude of still shots that create a study of a simple and identifiable character. There are many subtle nuances that are brought out in a natural and believable way by Adriana Barraza. The way her eyes slowly graze her environment are perfect in portraying the dreary dullness of her character. There are, however, multiple side characters, who take the viewers out of the present moment of the film due to their low level of acting. The contrast between such a believable and well-presented lead character amidst the others, makes for a confusing dash of documentary-style in this otherwise narrative film.

Almada makes sure that there is a perfect lack of dialogue for Doña’s character, but the editing is too slow and lethargic, making the movie show too much of the same for too long. There is a consistent theme of shoes and feet throughout, which are a nice touch in terms of representing departure and loneliness. Natalia Almada shows the loneliness that is born out of neglect of the small, daily interactions. She brings to the screen a character that learns it is the nuances of the smaller picture, that make for the changes in the bigger picture.

Top Photo: “Doña Flor” (Adriana Barraza) in her bed after waking up.

Middle Photo: “Doña Flor” (Adriana Barraza) at her desk in the office.

Does Everything Else pass the Bechdel-Wallace test?

“Doña Flor” (Adriana Barraza) interacts with female clients and talks to them about their ID documents. 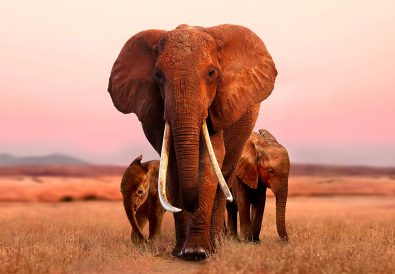