‘Bleeding Steel’ is weighed down by bad jokes 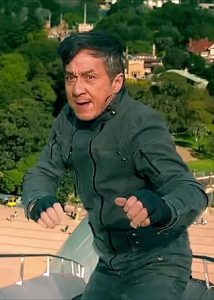 Sometimes a movie is “so-bad-that-it’s-good,” but Bleeding Steel, weighed down by bad jokes and cheesy special effects, never reaches that threshold. (HM: 2/5)

I hated Bleeding Steel just as much as I enjoyed it. A spoof of old sci-fi and action movies, writers Erica Xia-Hou and Siwei Cui and director Leo Zhang packed the film tight with every action movie trope you could dream of, sacrificing anything of substance that may have made it worthwhile to watch. There’s a fine line between bad movies and spoofs, and this film may have crossed it.

Special force agent Lin (Jackie Chan) and his team are assigned to protect the world from sinister villain Andre (Callan Mulvey), a failed test subject of a mad scientist attempting to create a mechanical heart and engineered blood that allow immortality. This technology is successfully used to save the life of Lin’s daughter Nancy (Na-Na OuYang), who is then sent to an orphanage in Australia for protection.

As she grows, she becomes haunted by vague memories of her life before the mechanical heart and seeks answers for the source of her nightmares. Through the incessant assistance of her admirer Leeson (Show Lo) and her father’s special force team, she outruns the grip of Andre, who has sent a team of superhero minions to capture her so he can take her mechanical blood.

I can’t remember the last time I watched a Jackie Chan movie, but I still found his grandfatherly presence comforting. Sadly, that seems to be the only purpose of his being in Bleeding Steel; it feels like this entire film was created to give Jackie Chan something to do. However, the plot manages to stay somewhat grounded in Lin’s love for his daughter Nancy. Their journey to be reunited is the only thing in the film that attempts to provoke an emotional response from the audience.

Unfortunately, a seemingly inherent part of spoof films is bad acting, and while this lends to the objective of making fun of old action films, it makes it very hard to sit through the almost 2 hours of Bleeding Steel. The fact that it was (mostly) Chinese dubbed English probably didn’t help the delivery of the already cheap dialogue, but based off the characters’ actions and the parts in English, I don’t think watching the original Chinese version would be much easier. Real human conversations and actions are sacrificed for snappy dialogue, characters have no personality, and the ones who do change scene-to-scene in order to serve a chaotic plot.

Usually the attraction of a spoof film lies in its humor, but Bleeding Steel does not manage to live up to the genre’s comedic standards. Random slapstick jokes are inserted among the classic movie references, but the only thing that made me laugh was the ridiculousness of the film itself (specifically the cringe worthy editing and production). The elderly man sitting in front of me in the theater, however, would likely disagree, as he laughed loudly when Jackie Chan accidentally knocked a scoop of ice cream off a woman’s cone and proceeded to pick it up from the ground and place it back onto the cone. So, to each their own.

While I understand that the point of Bleeding Steel is to be a spoof, I don’t think that gives it permission to be a bad movie. Some say it is paying homage to old action films, but then it would have to show some respect in its references, which (between its sloppy writing and production) it certainly does not. Others claim it is making fun of the over the top action movie tropes, which seems to be the truth, but I don’t think that’s any excuse for being a bad film. There is no reason that spoofs and comedies have to sacrifice interesting, logical stories and strong characters, but Bleeding Steel did exactly this, and provided nothing to redeem itself.

Even I enjoy a so-bad-it’s-good movie every once and a while, but Bleeding Steel never reached the good-movie-threshold for me. Unless you are a devoted fan of James Bond and retro sci-fi movies, you probably won’t catch the references that the film’s humor depends on. But even if you did I’m confident that the poor production and choppy editing will be too much to keep you engaged. Therefore, I would only recommend Bleeding Steel if you, a) truly love the action/sci-fi movie genre, stereotypical tropes and all, b) have two hours to waste and are in the mood for a really bad movie that takes no brain power to watch. 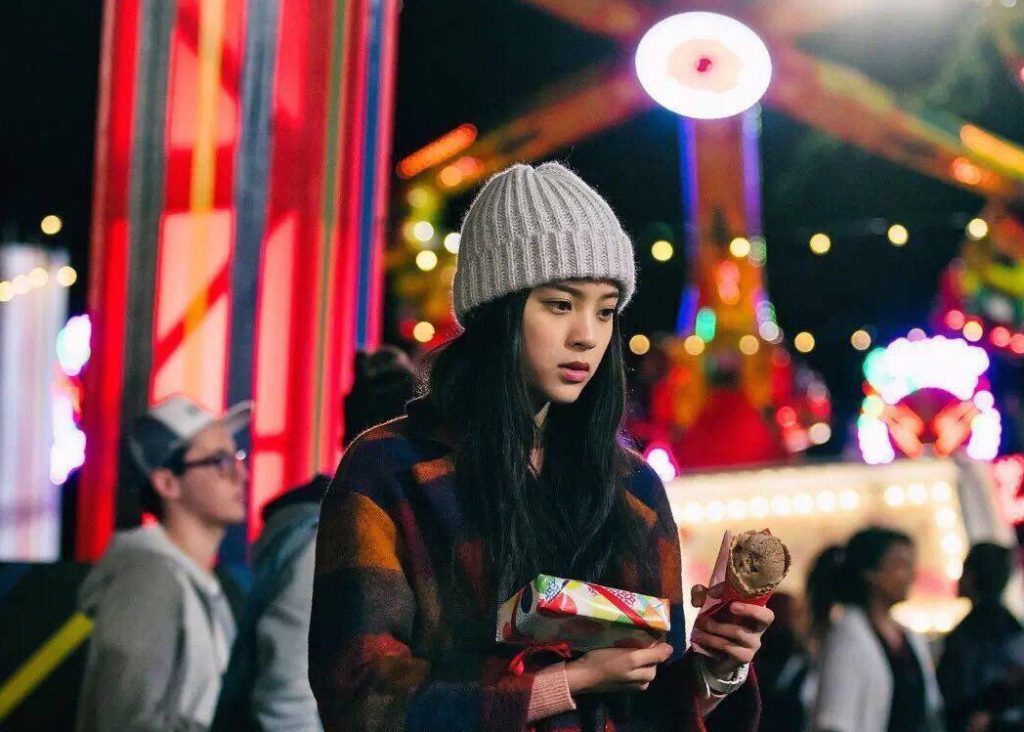 Top Photo: Jackie Chan as Agent Lin fights for his life on the wings of the Sidney Opera House in Australia.

Almost, but not quite.

Nancy exchanges a few words with a “mean girl” who taunts her with racial epithets in the school cafeteria, and she also goes to see a witch for help interpreting her dreams, but neither of these female characters have names.