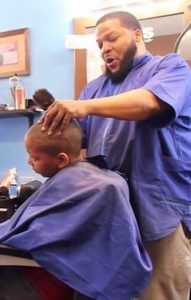 Director L. Burner sets out to examine attitudes towards women throughout time, with particular attention to issues in the African-American community. With topics ranging from sexual assault to victim blaming to misogyny in media, The Rise of Eve opens up the discussion in order to start taking steps towards a safer world for women. Unfortunately, low production values (perhaps related, at least in part, to low budget) will frustrate Burner’s audience. (3/5)

The Rise of Eve starts out with a very clear trigger warning that the topics addressed and images displayed may be disturbing to viewers. This warning is needed. Director L. Burner is not afraid to shy away from startling imagery and intimate accounts of sexual assault.

However, from the first 20 minutes of the film, you might think otherwise as you listen to numerous interviews with men discussing their thoughts on the words “hoe” (whore) and “THOT” (That Hoe Over There). The film is choppy, with poorly edited footage, audio, and even copious inserted stock photos. Burner splices in interviews with random men on the street who have little to no awareness of their own contribution to the misogyny around them. Nonetheless, the passion is there. Burner clearly believes in a fight against misogyny and female violence, and she’s working hard to push for that fight.

This ignorance may be Burner’s way of blatantly showing such men a mirror to themselves. Unfortunately, in an audience of, I believe, exclusively women in the screening we attended on opening day, I did not get that message. Instead, I was taken aback by the jumble of facts, poor editing quality, and overall disorganization of ideas within the film. Burner jumps from topic to topic, and though the narration is well-written, sensitive, and impassioned where necessary, the structure confused me and left me feeling intense frustration

There were many points in the film that could be moving, but that feel almost disrespectful. An example of this is Burner’s telling of the story of Janese Talton-Jackson, a woman shot and killed after dismissing a man’s advances. Under the voiceover narration of her story, we get an image of Talton-Jackson’s face, and a slow zoom into her eyes that lasts several minutes. Beyond this are continual reuses of stock images of beaten and threatened women. As a viewer, these moments tended to make me so uncomfortable that I had to look away. Sometimes exaggeration and stark imagery are necessary to make a message hit home, but in this case, to me, it felt more offensive than persuasive.

Notwithstanding limitations in budget and resources, Burner’s passion is upfront and center. Her film certainly has emotional power. Though there are some clear problems with execution and, in my opinion, with the selection of interviewees, Burner screams from the shared heart of her fellow women. Her attempt to shake her male counterparts awake to the undeniable abuse of women is commendable. I would love to see more of her work on what it is like to be a woman in our modern world, especially if she were to narrow and focus her ideas, rather than tackling a collection of experiences so unwieldy and disparate as that of The Rise of Eve.

Thank you L. Burner for your heart and support. As a woman, I am deeply moved by your passion and willingness to dedicate your life to changing the way women continue to be treated in their communities. 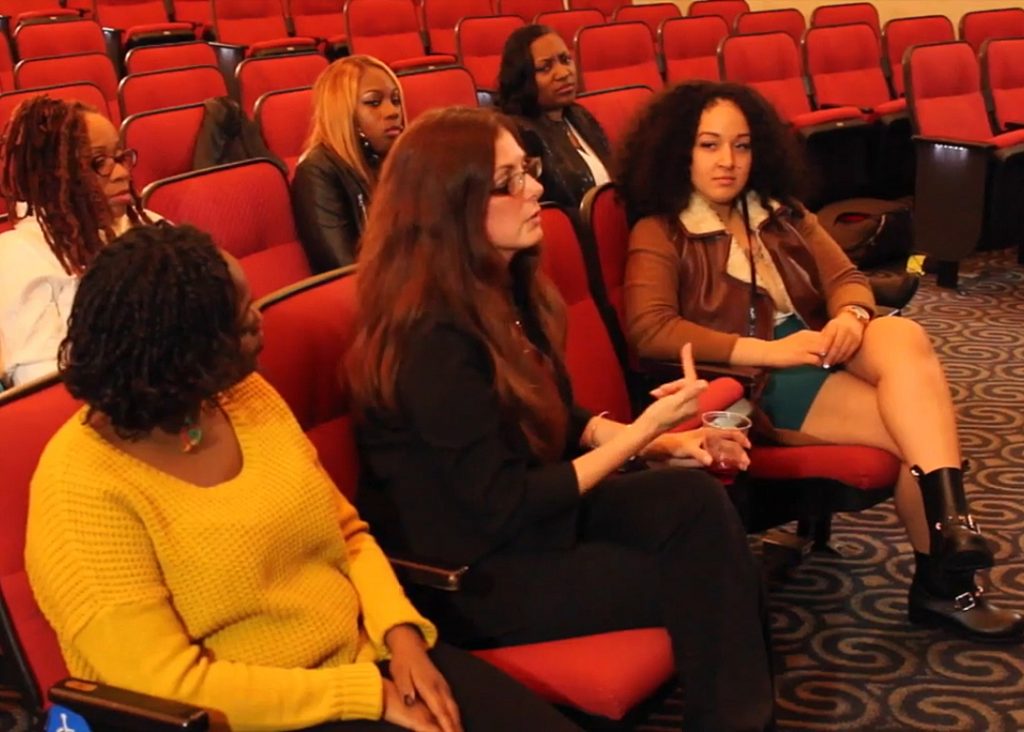 Top Photo: The guys at the barber shop.

Q: Does The Rise of Eve pass the Bechdel-Wallace test?

There are multiple interviews with women and conversations between women about their shared experiences as women in our patriarchal world. A great example is a focus group of all women, where participants discuss their definitions of sexual assault.