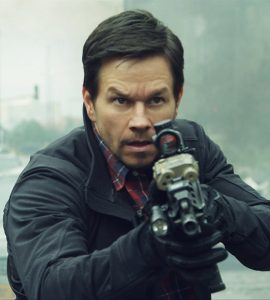 An elite CIA task force is entrusted with the delivery of a high-priority asset to an extraction point 22 miles from home base while being chased by terrorists. Writers Lea Carpenter and Graham Roland and director Peter Berg add another unoriginal, action-packed spy movie into the collection. (RMM: 2/5)

It’s really no surprise that in the very beginning of the film, the enemy (or at least one of the chief enemies) is the Russians. Spearheaded by a man called “Bishop” (John Malkovich), members of the elite CIA task force Overwatch include tough girl “Sam Snow” (Ronda Rousey), mother “Alice Kerr” (Lauren Cohan), and sarcastic genius “James Silva” (Mark Wahlberg). All three seem to speak at least Russian on top of English, evidenced by the grating commands they give to their Russian hostages.

Before setting up for their new mission, the film dedicates around three minutes to a video-clip-and-newspaper-clipping montage of Silva’s sad childhood and genius brain. As a child, he is instructed to snap his rubber wristband whenever his quick-thinking mind overwhelms him. If you hadn’t already guessed, Silva snaps his wristband a lot.

At the American embassy in some unnamed Southeast Asian country, Alice is too frustrated about her unpleasant divorce to focus on matters of the CIA. The nature of her work has kept her from seeing her daughter and her hateful ex-husband won’t make the situation any easier for her. Annoyed with her unprofessionalism, Silva rudely tells her to get it together, making sure to insult everyone else in the building while he’s at it. Some might find that Silva’s belligerent and profane remarks make him an interesting, likable character. Not me. 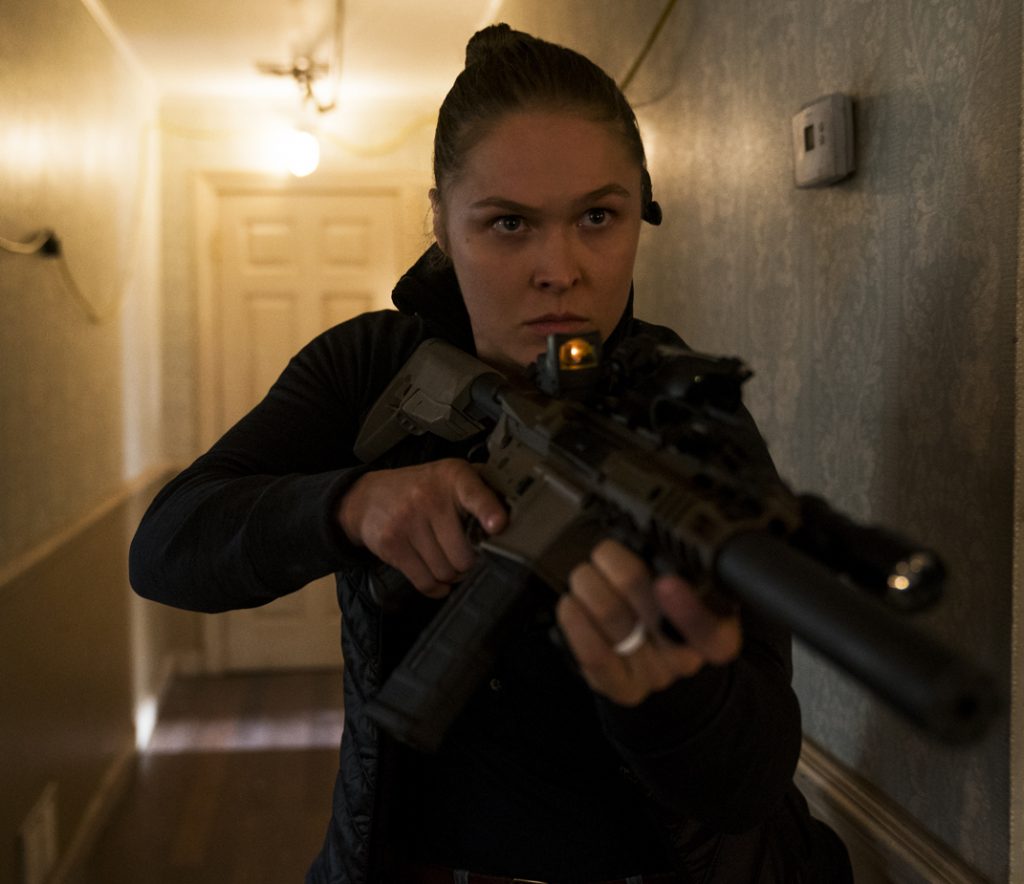 Meanwhile, a man approaches the embassy gates holding up a coveted flash drive with information about the location of a special chemical. His name is “Li Noor” (Iko Uwais) and he wants to be granted asylum in the United States. After Li is taken into custody, Alice demands that he give her the code to the flash drive. Li, however, will not budge until he is on a flight headed to the U.S. To make matters worse, the flash drive is set to self-destruct in the next eight hours. With the clock ticking, the members of Overwatch must deliver Li to an extraction point where a plane waits, 22 miles away from their current location. It will be a dangerous mission, complete with terrorists, explosions, blood, and mind-numbing action. Oh, and more Russians.

Mile 22 is not a very good movie. Then again, I don’t think it was written to be a good movie. The flimsy plot creates a nice 45-minute shell for lots of action-packed violence. That’s what the trailer promises and that’s what the audience gets. If you like action, you’ll probably like this movie.

An obvious problem with Mile 22 is it’s unoriginality. Here we have yet another spy movie with mysterious flash drives containing who knows what and lots of Russian baddies. Of course, not every single espionage-centered film involves Russians. The Spy Who Dumped Me (2018) broadens its scope to include other Slavic-speaking countries like the Czech Republic. However, what bothers me more than the film’s stale plot is its perpetuation of damaging and inaccurate Russian stereotypes. As the child of Russian-speaking immigrants, I had my share of communist jokes growing up. With what feels like the rise of a third Red Scare, films about Russian spies have become all the rage again. Which means the jokes keep coming.

But back to the film. James Silva is probably one of the most irritating characters I’ve ever seen on screen. Director Peter Berg and writers Lea Carpenter and Graham Roland try to paint him as some tortured genius with a quick mind and even quicker tongue. He’s the unconventional hero, the guy that hides his good heart with his rough exterior. But somewhere along the way, probably during the script writing, James Silva lost his likability and became an insufferable jerk. Furthermore, the edgy-tortured-genius card has lost its edge. These characters are everywhere in film.

Overall, a lackluster film. But at least it delivers. I expected lots of action and little plot, and that’s exactly what I got. You might lose focus at times watching the confusing, uninteresting plot unfold, but at least the explosions are entertaining.

Middle Photo: Sam aims her gun at some baddies

The minutes are taken up mostly by action sequences and James Silva running his mouth at everybody else.

by Roza Melkumyan August 12, 2018
As a member of the FF2 Media team, Roza writes features and reviews and coaches other associates and interns. She joined the team as an intern herself during her third year of study at New York University. There she individualized her major and studied narrative through a cultural lens and in the mediums of literature, theatre, and film. At school, Roza studied abroad in Florence and London, worked as a Resident Assistant, and workshopped a play she wrote and co-directed. Since graduating, she spent six months in Spain teaching English and practicing her Spanish. Most recently, she spent a year in Armenia teaching university English as a Fulbright scholar. Her love of film has only grown over the years, and she is dedicated to providing the space necessary for female filmmakers to prosper.
Previous Post Next Post