Moses and the 10 Commandments is a unique retelling of the classic, biblical story. Following the format of a telenovela, this film is the most fun you can have reliving an often told story. (KAC: 3.5/5) Written by Paula Richard and Vivian de Oliveira, this Brazilian version has everything. A lot of the success of this film can be attributed to the lack of mainstream telenovela-inspired work and actual telenovelas in the US. American audiences are missing out on the drama, humor, and overall spectacle that the format brings. Additionally, this story is typically seen through action films, which erase a lot of the nuance seen in this film. The genre of telenovela brings out emotion in the story that is rarely seen in American retellings of biblical stories.

The film follows the biblical story of Moses. Beginning as a baby left in the Nile river to be saved from a decree to kill Jewish boys by the Pharaoh, the story follows Moses through life from being a baby to understanding his place as a messenger of God. While this film takes some turns from the classic version, every moment adds value to the story and helps retell it more realistically.

Wonderfully written, the film adds humor and drama into Moses’s story. It’s hard to reinvent a story that has been told a thousand times, yet somehow this film does that. It adds humor to a typically somber story and adds drama through its use of humanity. The relationship Moses and Ramses as brothers who grew up together is rarely explore and this film adds to the story to develop their relationship. This adds a more realistic, human element to a fairly fanciful story.

The production design and attention to detail is a spectacular part of this film. Despite being filmed in Brazil, the ability to replicate Egypt is amazing. Each set is thought out, somewhat historically accurate, and well produced. The grandeur of each set is awe inspiring and beautiful. The work put into creating the world of Egypt, both in the palace and outside of the palace is quite immense and the outcome is worth it.

The largest pitfall of the film is the lack of dark-skinned actors. Despite being made in a diverse country and being about of an African civilization, the movie has only a handful of dark-skinned people in it (none are speaking roles). While I can’t speak to the specific racial and cultural issues in Brazil, these issues are important in the US and are currently a heavily discussed topic. The film is obviously not made for US audiences and should not pander to them. But, with a small US release and more recent issues of white-washing in US films [like Exodus: Gods and Kings (2014) and Gods of Egypt (2016)], this may become a more memorable part of the film.

Overall, Moses and the 10 Commandments: The Movie is a refreshing twist on a typically boring story. The immensity of the story comes through in every aspect of the film, from production design to the acting. America is missing out on the genre of telenovela and this film only highlights the need for more content from non-European, international sources.

Top Photo: Ramses and his father in Moses and the 10 Commandments.

Middle Photo: Moses in Moses and the 10 Commandments.

Q: Does Moses and the Ten Commandments pass the Bechdel-Wallace Test?

The story is obviously about Moses, so few female characters have scenes alone with each other and when they do, they discuss Moses in some way. 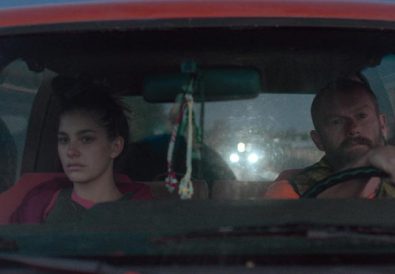