Paul Dano’s superb directorial debut is Wildlife, a portrait of a small town American family struggling to stay whole amidst economic hardship and personal turmoils. Beautifully and compassionately made, it is an affecting story of familial love. (HRM 5/5) 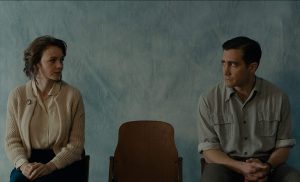 Fourteen-year-old Joe (Ed Oxenbould) just moved with his parents to a small town in 1960s Montana, where he attends school, his dad Jerry (Jake Gyllenhaal) works as a golf pro, and his mom Jeanette (Carey Mulligan) is a housewife. But when Jerry loses his job, and subsequently his sense of purpose, he spirals quickly into an existential crisis. While he refuses to find work, Joe takes an after school job at a camera shop and Jeanette becomes a swim instructor at the local pool. Their family remains together, although starting to tear at the seems, until Jerry impulsively decides to leave indefinitely to help fight the wildfires raging in the nearby mountains and their world is torn apart.

Suddenly forced to act as an adult, Joe watches his mother fight to stay afloat after being abandoned by her husband. Grasping for any form of support, she forms a relationship with the local car dealership owner who promises her financial and intimate assistance. As he lives through the harsh realities of his parents’ crumbling relationship, Joe is forced to come of age and be the support system his parents need in their time of frailty.

Writers Paul Dano and Zoe Kazan adapted Wildlife from a Richard Ford novel that was written from the point of view of adult Joe looking back and reliving this difficult time in his teenage years. They succeeded in a difficult task: adapting the story to the big screen in a way that gives the viewer a full and complete world, while still maintaining the emotion of Ford’s affecting book. 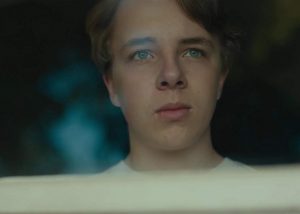 A huge part of what makes this movie so successful is the outstanding acting that saturates it. Jake Gyllenhaal and Carey Mulligan both give incredible performances, bringing depth and humanity to their character archetypes, which could have been easily simplified. Dano’s directing and editing gives the actors room to breathe and become real people rather than characters, allowing the audience to truly empathize with them.

Beyond the story of the family, Dano also incorporates a larger historical context into the world of the film that makes it feel more whole. Both through the individual family members’ job searches and their interactions with people in the community, a broader story of the plight of the American worker is told. There are clear indications of class differences between characters—specifically Jeanette and the man she has an affair with—which outline the hardships and personal ramifications that go along with being at the mercy of small town American economies in the 60s. This addition only exemplifies Joe, Jerry, and Jeanette’s personal struggles and places them on a larger scale that reveals a systematic problem viewers today can still relate to.

This film is incredibly well done, from the writing to the cinematography to the soundtrack. The result is an exquisite story of the power of familial love, and the plights that threaten it. The compassion with which Wildlife was written, acted, and made shines through the screen and affects the viewer deeply.

Kind of! Jeanette has two separate conversations with other women about getting a job, but in both they mention a man (the movie theater manager in one, and Joe in the other). 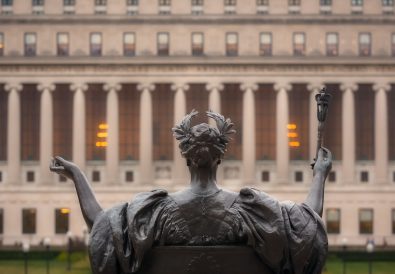 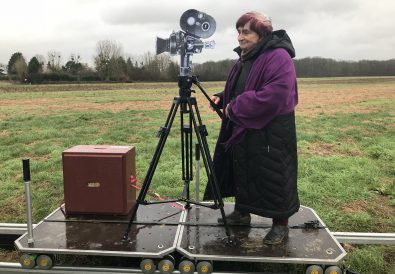