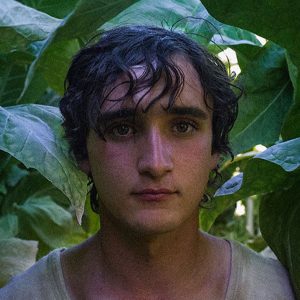 Happy As Lazzaro is a metaphorical journey about a group of Italian peasants who are being exploited as sharecroppers by a tobacco producer. One young man, Lazzaro, is extremely kind, and lives a life of miracles and misfortune because of it. Director Alice Rohrwacher delivers a slightly absurd but meditative and aesthetically pleasing story about ethics. (GPG: 2/5)

Lazzaro is a sweet, kind boy who lives on a farm in Italy; unbeknownst to him or any of his family, they are all being illegally kept in debt through a system of sharecropping, which has been illegal in Italy for years. In fact, at the beginning of the movie, I was pretty sure the film was set far in the past, rather than roughly in the present. Lazzaro and his fellow sharecroppers are ruled over by a family of tobacco producers who live like aristocrats with these sharecropper serfs as their peasants.

Lazzaro’s main character trait is that he lets anyone do anything to him, and he’ll do anything for anyone. Relatedly, he is incredibly gullible and thinks the best of people all the time. Lazzaro is actually so gullible that he is convinced to shoot up a bank because his rich master told him it was the bank’s fault that the peasants were as poor as they were. There appears to be some kind of metaphor there for sainthood, because there is a moment when there are some icons of saints pointed out to Lazzaro in one of those significant ways that let you know it’s #thematic. Relatedly, there is a pretty major miracle in the middle of the movie, the significance of which was unclear??? I guess you get what you pay for with magical realism. 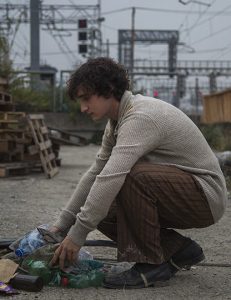 However, Lazzaro’s gullibility doesn’t get him very far. Without going into any spoilers, he meets a saintly end, which those who have read the Bible will know are usually violent and miserable. It’s kind of unclear what the message of the movie is, because the outcome is basically just that the rich get richer and the poor get poorer, and that even when the law intervenes to help the poor, it doesn’t help enough. The way the tobacco producer and his family manipulate Lazzaro and the other peasants doesn’t seem to leave much room for hope, especially since their response tends to be fairly apathetic. Lazzaro just happily does anything the tobacco producer asks of him, even after he knows what’s going on with the estate! The other peasants just shrug and go back to whatever labor they can get, without trying to find a better life.

Ultimately, I was confused at why the peasants in Happy As Lazzaro were so okay with being downtrodden. Is the movie supposed to be about how the meek will inherit the earth? If so, we certainly don’t see them inheriting anything much over the course of the story. Is it meant to show how the poor are exploited by the rich? It definitely does that, in tragically real detail despite the magical realism of its story. Like the stories of most saints, Lazzaro’s is confusing and sad. 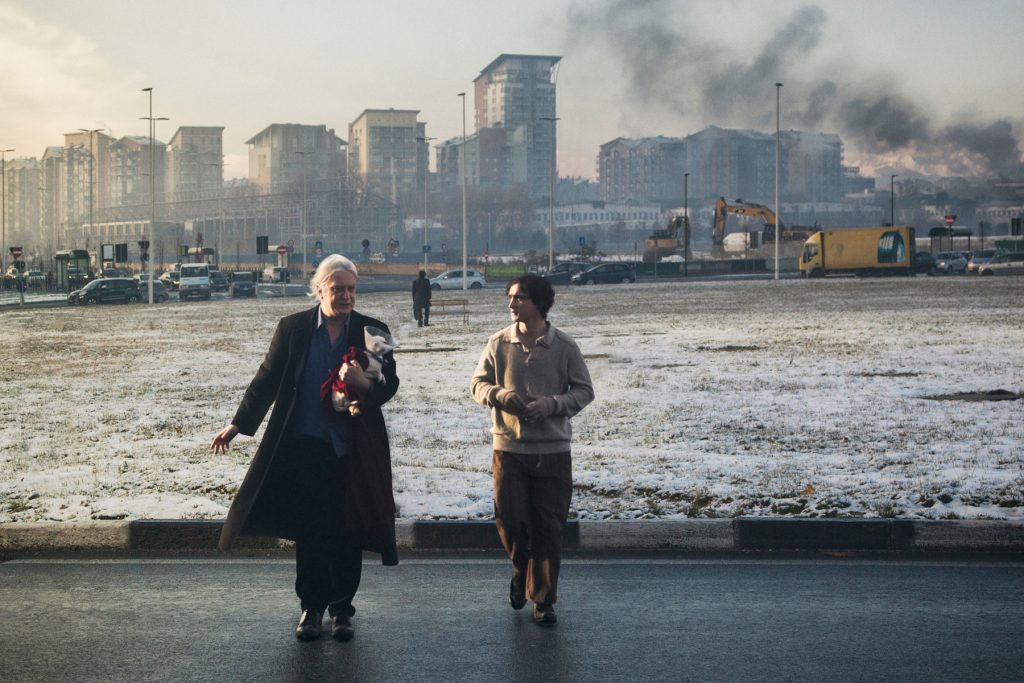 Q: Does Happy As Lazzaro pass the Bechdel-Wallace test?

Middle Photo: Lazzaro in the outside world, picking up trash.

Bottom Photo: Lazzaro and one of the owners of the plantation.

by Giorgi Plys-Garzotto November 27, 2018
Contributing Editor Giorgi Plys-Garzotto is a journalist and copywriter living in Brooklyn. She's been thrilled to step into an editing role at FF2 after writing as a reviewer for years, so you may see her writing at the bottom of intern's posts as well as in her own pieces! She especially loves writing about queer issues, period pieces, and the technical aspects of films. Some of her favorite FF2 pieces she's written are her review of The Game Changers, her feature on Black Christmas, and her interview with the founders of the Athena Film Festival! You can also find more of her work on her website!
Previous Post Next Post