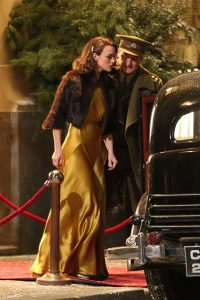 Anna Waterhouse co-writes The Aftermath, directed by James Kent, where Keira Knightley plays the new guest to Hamburg from England, a destroyed German city. The beautiful film shows many dark and ominous images and disgusting truths mixed in a conflicted whirlwind romance. (SYJ: 4/5)

Set in 1945, just five months after the catastrophic second World War had an Allied victory, “Rachel Morgan” (Keira Knightley) moves to Hamburg to join her husband “Lewis Morgan” (Jason Clarke), a colonel based in the city. Upon arriving, Rachel sees the horrors of the remainders left by the bombings from the war. Rachel is shaken when she sees a wall of ‘Missing Persons’ and people begging to find their loved ones. As soon as Rachel alights from the train into Hamburg, she receives a loving, somewhat awkward, greeting from her Husband. When she arrives at the beautiful estate, she is immediately uncomfortable. The estate had been seized by the British government, originally belonging to and was still occupied by a German man “Stephen Lubert” (Alexander Skarsgård) and his daughter, “Freda Lubert” (Flora Thiemann). This is due to her being unused to having staff, especially German-speaking staff, who make her feel constantly watched, listened to, and mocked. 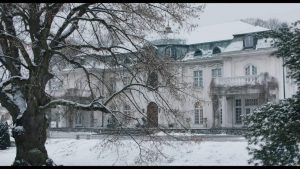 Unsurprisingly, during this time period, the Germans and the British had a very strained relationship. Freda has no shame in expressing her distaste for Rachel and Lewis, just as Rachel does not hide her dislike and discomfort about living with and being surrounded by Germans. Lewis worked with many survivors in Germany whilst reconstructing the city, so he sees Germans as victims to the devastation. This made him, according to his wife, “self-righteous” and demands Rachel to respect the German household. Her husband is constantly called away to break up protests and maintain order in the city whilst people clean up the devastation, leaving Rachel alone in the house with Stephen Lubert. The two begin a flirtatious exchange that leads to a controversial romance. Freda Lubert has her own teenage drama, as she rebels against her father as well as the new homeowners. Although the relationship between Rachel and Freda has a very rocky start, both realize that they share the pain of losing someone close to them, and become more open minded towards each other’s situations.

The Aftermath, co-written by Anna Waterhouse, reminds the viewers that despite the war, people still lived on. Even though Rachel’s problems seem trivial against the backdrop of hungry children and lost loved ones, each individual has their own struggles in life. Keira Knightley portrays a conflicted woman with elegance and grace. The costumes by Bojana Nikitovic are realistic, and greatly adds to Keira Knightley’s performance of a character in that era. The cinematography by Franz Lustig was beautiful, and the set decorated by Monica Alberte and Anna Marieke Gerken, was very picturesque. The only issue is that the plot is not very dramatic, quite predictable, and possibly slightly inappropriate for the time of the second World War.

The picture on the screen was vibrant in color, really drawing the audience into the details of the setting and surroundings. All in all, the film was well produced, and for the purposes of watching a romance drama, it fulfills the needs. But in terms of a historic story, there was nothing in the plot that really anchored it to one particular time; this story could have been placed in any conflicted area and time. 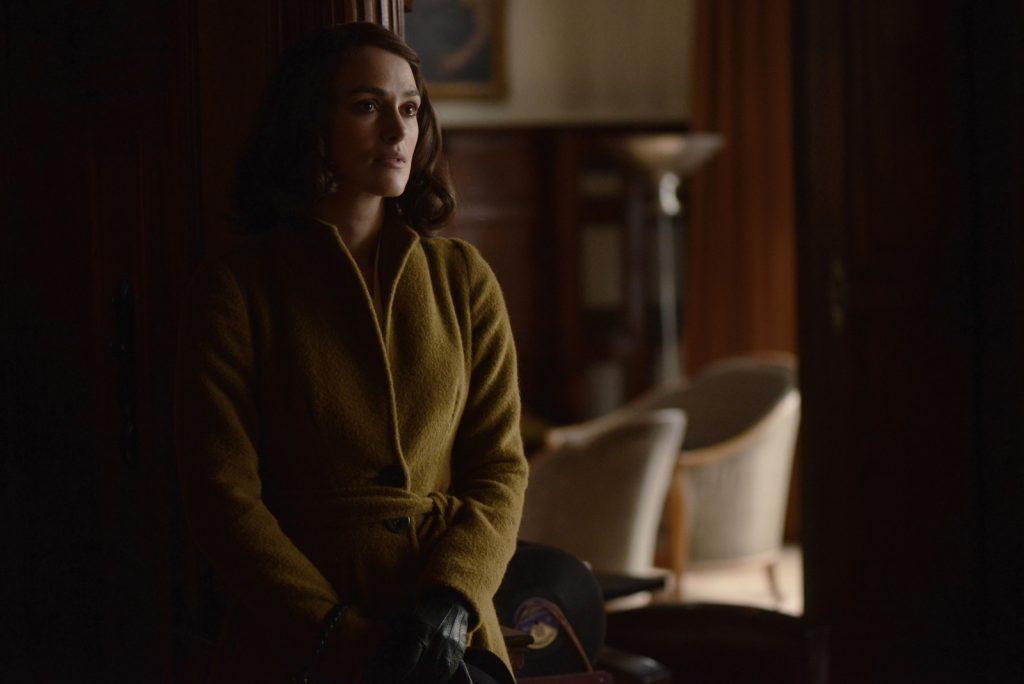 Does The Aftermath pass the Bechdel-Wallace Test?

In the artfully picturesque film, The Aftermath, the postwar period brings each character a dramatic change in their life. The film shows their different coping mechanisms and how it plays into their personal relationships. With Anna Waterhouse as a co-writer on the film, the piece makes an effort to include perspectives from a wife and a daughter. Keira Knightley is, of course, always a treat for any filmgoer because of how she is able to give life to any character with such ease and poise (I’m thinking of Colette!). Flora Thiemann should also get a mention because although she had little to no dialogue for much of the first half of the film, she still managed to do a spot on portrayal of the grieving rebellious daughter.

Having a male “temptation” character (a lumberjack-architect with his big winter boots and a suffering artist vibe) makes for an interesting change. In agreement with Sophia, I think that the plot of The Aftermath has its weaknesses. For the most part of the film, the overly sensual camera work and character interactions are very uncomfortable, especially against the backdrop of the holocaust. (KIZJ: 3.5/5)

by Sophia Jin March 12, 2019
Sophia is currently a student of classical music. She joined FF2 Media in 2018, and loves working with everyone on the team because not only does it promote women's roles in films, it also opens her up to more works done by women. Sophia is so glad that there is a space that is full of women alike in their passion to bring more attention to females who are just as capable or even more capable than men in the industry.
Previous Post Next Post