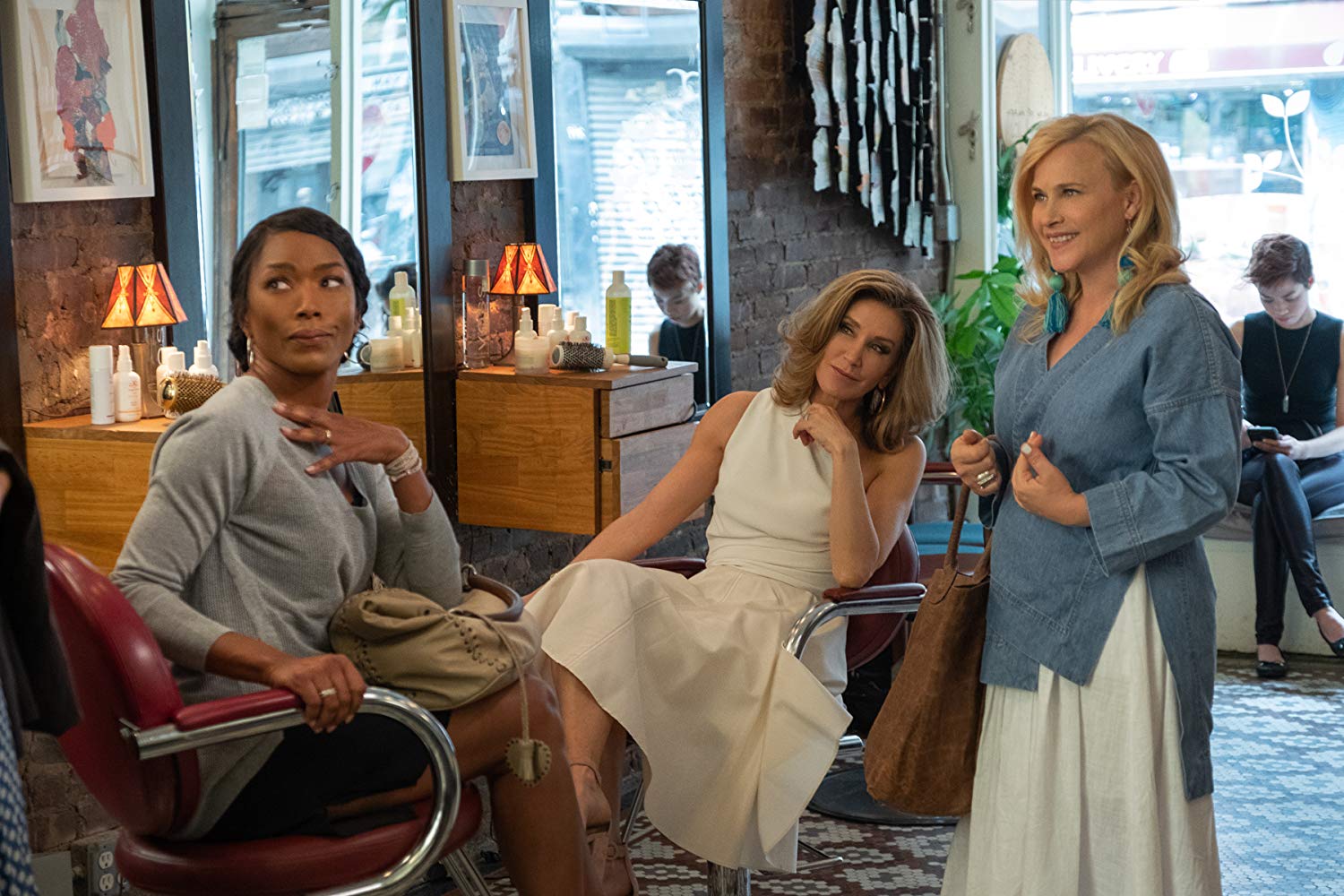 Otherhood, directed by Cindy Chupack, is a lighthearted comedy about three mothers in the next stage of life that no one really seems to talk about, the stage after ‘motherhood’. Carol, Gillian and Helen are best friends, who bond over their empty nests. Vindicated after their sons barely acknowledge them on mother’s day, the three traverse to NYC and invade their sons’ homes. The women swear to take back the role of ‘being a mother’, but discover that it’s not only their sons that need to step back and reevaluate their lives. (BV 3.5/5.0)

Otherhood features talented veterans Angela Bassett, Patricia Arquette, and Felicity Huffman as their respective characters Carol Walker, Gillian Lieberman and Helen Haltson in a bona-fide “Sex in the City”-esque story, where three mothers, though vastly different, are the best of friends. Their sons Matt (Sinqua Walls), Daniel (Jake Hoffman) and Paul (Jake Lacy) have been out of the nest for quite some time, so the trio frequently meets to assuage their loneliness. Carol is a widow who still mourns the death of her husband, and finds it difficult to move out of their once-shared home. Helen has been through several marriages, and rues her first ex-husband for leaving her for a woman half her age, even though she is currently happily married. Gillian, however, seems to have a ‘perfect’ marriage— though out of the three, her son Daniel is the most dismissive, as she disapproves of his longtime girlfriend Erin.

One particular mother’s day, the trio is tearfully fed up with not being a part of their son’s lives. Out of drunken impulsion, the mothers decide to drive to New York City to confront their neglectful children. However, when arriving, the adrenaline wears off, and their sons have vastly changed and hidden many aspects of their lives. Matt is a successful art director, but at a magazine Carol doesn’t approve of, and seeing people she doesn’t approve of either. Daniel has broken up with Erin and is a complete and utter wreck, but refused to say anything to his mother in fear of her “I told you so”. Finally, Paul is gay, but has never properly come out to his mother— and Helen is devastated when he tells her that he came out to his father years ago. All in all, it seems like the mothers are stuck in this “otherhood”, alienated from their sons’ lives and dealing with problems all around— but will the power of motherhood prevail?

An entertaining and heartfelt film, Otherhood is made for older women in that weird stage of their lives. The film is about upper-middle class women and their mostly privileged sons, so it’s exaggerated and unrealistic, but it’s not like we watch movies for their realism in the first place. Each character has their own charm, though some are more shallow than others, but the cast is all-around talented and charismatic. Jake Hoffman, son of Dustin Hoffman, stands out in his appearance and makes angsty Daniel a bit more than an insufferable novelist— and even pays homage to his father in a Graduate reference.

However, it’s important to point out the heavy sexualization of the character Matt. I get it; Otherhood is written and directed by a writer of Sex and the City so it’s bound to have some dirtiness, and Sinqua Walls is attractive in his own right. But white women have a huge problem with fetishizing black bodies, and when only black bodies that are heavily sexualized, it really stands out. Nonetheless, I also commend Chupack for writing a scene where two black women immediately become friends after a messy altercation at a club. This scene could have been a catfight or added to harmful stereotypes, but Angela Bassett and Aftron Williamson’s characters quickly get along.

Otherwise, it’s rare and revolutionary to see a movie starring three women in their 50’s having the time of their lives. I also had the pleasure of attending 51fest, a festival centered on women filmmakers where Otherhood was screened before its Netflix premiere. At the Q&A, producer Cathy Schulman lamented that the idea was taken to three studios before landing a deal at Netflix. The full theater at 51fest showed that there is an audience interested. Hopefully, Otherhood will pave the way for more movies about women in their 50’s, until they become something we don’t even have to think about.

Read the Q&A at 51fest by FF2Media’s Katharine Cutler here.

Does Otherhood pass the Bechdel-Wallace test?

It does! The main trio obviously talk about their sons a lot, but Otherhood is a comedy centered around female friendship.