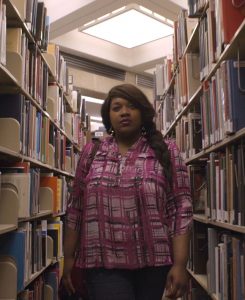 In Unlikely, co-director Jaye Fenderson and her partner Adam Fenderson deftly analyze how the systems of student debt and rising unemployment are propping up an unsustainable system that limits access to the highest tier colleges to the elite. The solutions it proposes have been working in their limited environments, though a viewer can’t help but wonder if a wider fix will have to be legal rather than institutional. (GPG: 4/5)

Unlikely follows the stories of five students struggling to make it through college. All these people have taken different paths through school than the one we typically think of when we think of college students–I’m referring to them as “people” and not “kids” because they range in age from a “college-age” student with high levels of debt to a mom going back to school, with most subjects of the film being much older than the typical freshman. These people show that it’s easy to drop out of college or never go when you’re eighteen, especially if you come from a community and a family that has less access to resources like SAT tutors, expensive extracurriculars, and the advantage of being a legacy student.

The flip-side of these students’ journey in Unlikely is the system holding them back: a university industry that profits off students while leaving them with a life-crushing amount of debt, and sometimes not even the degree they came for. High drop-out rates due to lack of support for low-income and first-generation college students result in one student profiled in Unlikely who has six figures of debt without any degree to show for it after going to school for only two years. Here the documentary interviews administrators like Nancy Cantor, who moved from Syracuse University to Rutgers when her equalizing policies were not welcomed at the former school, give the viewer wisdom from their years of experience working in this corrupt system.

Unlikely isn’t all doom and gloom, though: we also see philanthropists like LeBron James working to help students get to college and graduate more easily; James donated college tuition to a whole class of students at a high school in his Ohio hometown. Nancy Cantor and her colleagues have also made great strides at Rutgers to make that university more accessible to students who are not in the 1%. These efforts at top-tier colleges as well as schools like Arizona State University are giving students the SAT training upper-class students receive on their parents’ dime, as well as support once they get to college to help them finish their degree and navigate college environments that are often incomprehensible for people who are not middle and upper class. The steps being taken to help these college students have literally changed their lives, though these examples are still relatively uncommon in America.

While a few institutions like Arizona State University and Georgia State University are giving students more access to resources, the problem of student debt might require more than internal institutional fixes to solve. To put it simply, LeBron James can’t pay everyone’s college tuition. Even the programs documented by Unlikely, while exciting, level the playing field instead of changing the game. Cantor and Co. make it clear that they’re fighting an uphill battle to make college a more equitable institution in this country, begging the question of why Unlikely doesn’t address the movement for more sweeping legal and economic change on this issue.

To editorialize for a moment: debt does not exist. Debt is some dubiously agreed-upon sum that one person promises to pay another someday, and that sum of money isn’t even as real as the money in the rest of our economy; it is literally even more imaginary than the rest of our imaginary currency. When it comes to a good like a college education that has roughly inelastic demand, the logic of the market allows the people in control of such resources to price-gouge anyone who needs what they have, ballooning the market for their good full of cash based on loans in what is known as a bubble. (Note: bubbles do not always happen because of debt; they are defined by a rapid escalation of prices. However, the most disastrous bubbles have happened due to debt that allowed escalated prices to be deferred without immediate consequence.)

As anyone who watched the 2008 housing bubble and the dot com bubble pop, the debt-based money in these bubbles is purely a projection of money that will exist in the future; speculation in a literal and financial sense. My argument for cancelling all student debt is that this money is guaranteed to be revealed as the emperor’s new clothes eventually, just like all the rest–we need to manage that shockwave to allow the economy, and more importantly the people who make up the economy, to find a new normal without their lives being ruined. This macro view of the problem of tuition and student debt is why I think the administrators in Unlikely are meritorious, but not the true answer.

In the end, the students in Unlikely are likable; you want them to succeed. You want the administrators to succeed in helping them succeed, and for the whole system to be changed by these few benevolent individuals. The viewer is just left wondering about where the systemic change is supposed to come from. 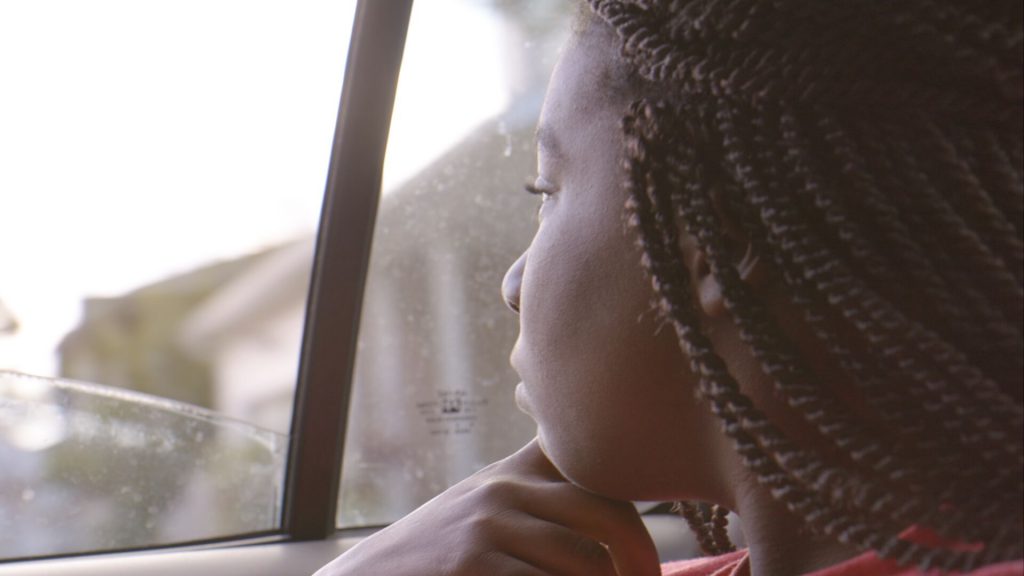 No, because the film is mostly conducted through interviews.

Bottom: Miah is driven to school by her mom.

by Giorgi Plys-Garzotto October 18, 2019
Giorgi Plys-Garzotto is a journalist and copywriter living in Brooklyn. She especially loves writing about queer issues, period pieces, and the technical aspects of films. Some of her favorite FF2 pieces she's written are her review of The Game Changers, her feature on Black Christmas, and her interview with the founders of the Athena Film Festival! You can also find more of her work on her website!
Previous Post Next Post