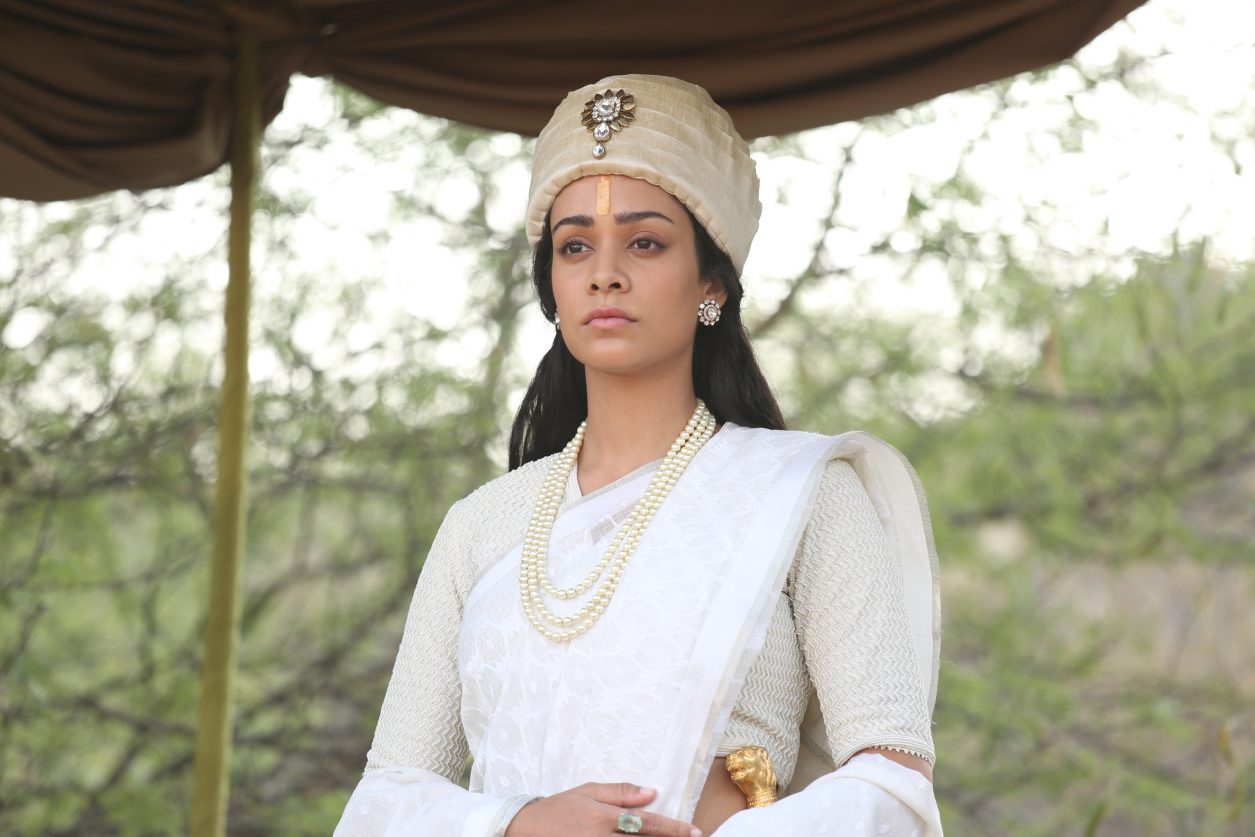 From first-time director Swati Bhise, The Warrior Queen of Jhansi is a historical period drama following the matriarch who fought the British East India Company and British troops in the mid-1800s. Written and directed by women and following a historical female protagonist with whom common audiences might not be familiar, Bhise’s directorial debut tells a relevant woman’s story for our times. (BKP: 3.5/5)

Though the events of Bhise’s directorial debut take place more than 150 years ago, the unlikely rise of Rani Lakshmibai (Devika Bhise, doing double duty as star and screenwriter) is a fitting narrative for today. Not unlike modern retellings of the life of Queen Elizabeth II in feature films and streaming series, Bhise turns our attention to the city of Jhansi, where the East India Company has started a years-long mutiny.

The 24-year-old mother, wife and “Rani” (“Queen” in English) is forced to be a leader at the urging of her ill husband and the increasingly oppressive presence of British troops. Facing the loss of her husband and being forced out of her home, she faces insurmountable obstacles that are explained with the help of co-writer Olivia Emdan.

For those unfamiliar with Indian history and hierarchy, Bhise does her best to provide exposition of the Queen’s plight. “We grew up with her story,” Bhise said. “I think every young child in India grows up listening to this real-life tale through the oral tradition as well as school textbooks. There are statues of her all over India.” Exposition is largely provided through third-person narration and conversations among British government officials. But the plot can get lost in the action at times, losing the thread of Lakshmibai’s story in the repetitive action sequences that become increasingly violent. This is especially true for the viewer with no context of her story, but The Warrior Queen of Jhansi hopes to change that.

The Warrior Queen of Jhansi is a valiant effort to tell the story of a powerful woman, whose emotional investment in her city is a proven strength. Bhise’s aim to do justice to the queen’s incredible story is obvious, and admirable. In an early scene as Lakshmibai trains her all-female cavalry in sword-fighting, a man asks if she believes she can really “teach these women to fight like men.” She replies with subtle confidence: “No – I will train them to fight better than men.” This well-executed feminist message is the best aspect of The Warrior Queen of Jhansi, but it does at times feel like a History Channel special about the implications of Indian colonialism striving to be a wartime epic.

Similarly to the recently-released The Current War starring Benedict Cumberbatch as Thomas Edison, this biopic will likely appeal most to those with increasing interest in or familiarity with the subject matter. But in a nation where the first statue of a female historical figure will be erected in Central Park in 2020, we could learn from the story Bhise tells to better honor the extraordinary women of our own history. 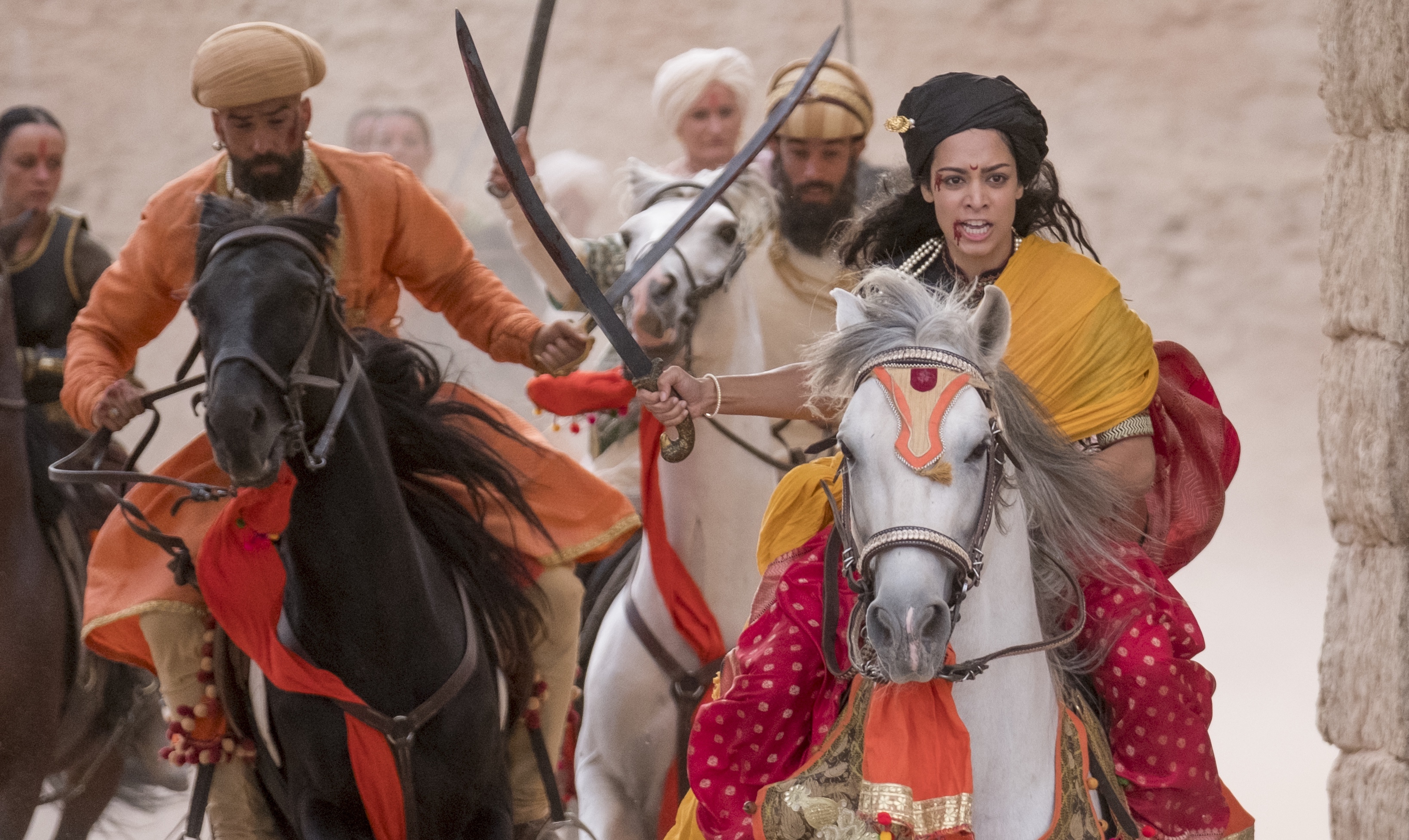 Q: Does The Warrior Queen of Jhansi pass the Bechdel-Wallace test?

Rani Lakshmibai trains her female cavalry and has conversations with other women. However, the British side of the story is unsurprisingly male, featuring performances from Rupert Everett and Ben Lamb.

by Brigid K. Presecky November 14, 2019
FF2 Media Vice President and Managing Editor Brigid Presecky began her career in journalism at Chicago's Goodman Theatre. In 2008, she joined FF2 Media as a part-time film critic and multimedia editor. Receiving her Bachelor of Arts degree in Communications from Bradley University, she moved to Los Angeles where she worked in development, production and publicity for Berlanti Productions, Entertainment Tonight and Warner Bros. Studios, respectively. Returning to her journalistic roots in Chicago, she is now a member of the Chicago Film Critics Association and certified Rotten Tomatoes Film Critic.
Previous Post Next Post