‘An Angel at My Table’ is life captured in motion

A life’s journey captured in motion: female auteur Jane Campion is at her best in this canonical masterpiece from 1990. Based on writer and poet Janet Frame’s autobiographies, An Angel at My Table depicts in three parts Frame’s incredible struggle for existence in a world which was never made for her. (MJJ: 5/5)

Antonia’s Line is a female-focused fairytale from the mid-1990s that transports viewers to a quaint Dutch village where Antonia builds a multi-generational eclectic family.

Hungarian director and screenwriter Márta Mészáros’s best-known film from 1975, Adoption, stars Katalin Berek as a middle-aged single woman who has realized that she wants a child. Through her own observations and friendships with neglected children, she becomes more and more convinced that it is the right choice for her at this point in her life. (KIZJ: 4/5)

In 1926, German director Lotte Reiniger completed her 65-minute long silhouette animation feature The Adventures of Prince Achmed. The film was influenced by author Hanna Diyab’s tales “The Story of Prince Ahmed and the Fairy Perī-Bānū” and “Aladdin” from the collection of literature in One Thousand and One Nights first published in 1775. After three years of work with a small team of animators, Reiniger brought these ancient stories back to life for new audiences to see the magical journey of Prince Achmed on the theatrical screen. KIZJ (4.5/5)

‘The Assistant’ takes women seriously in a #MeToo world

In director and writer Kitty Green’s new film The Assistant, Julia Garner plays an overworked, under-appreciated assistant. Many people have recently come forward in the #metoo movement about their experiences in the film industry. The chance of a lifetime can often come with too high a price to pay. (SYJ: 4 / 5) Review written […]

Written by Bhaswati Chakrabarty, Gul Makai is a fictionalized depiction of the events leading up to the shooting of Malala Yousafzai. Gul Makai doesn’t quite manage to do the worthwhile film subject justice (JRL: 2/5). Review by FF2 Intern Julia Lasker From the onset, Gul Makai paints a disturbing portrait of Pakistan as it’s overtaken […]

Bringing up issues of inter-generational trauma, nationalism, and the psychology of empire, Afterward is director Ofra Bloch’s journey toward understanding of herself and others. Anyone who has ever looked at the world (both past and present) and asked why and how people are capable of such acts of horror will be entranced by this psychodynamic […]

The Advocate is a documentary by Rachel Leah Jones that follows Isreali human rights lawyer Lea Tsemel’s life and career defending Palestinian clients. Focusing on the cases of 13 year old Ahmad and domestic violence victim Israa Jabis, The Advocate is a difficult and heart-wrenching watch reminding that there is always two sides to a […]

Filmmakers Jake Lefferman and Emily Taguchi take on the incredibly painful and horrifying task of detailing the aftermath of the Marjory Stoneman Douglas High School mass shooting that killed 17 people on February 14, 2018 in Parkland, Florida. The only word to describe a film like this – other than numbing – is necessary. (4.5/5) […]

Mati Diop directs and co-writes Atlantics, a supernatural drama feature, which intertwines its fictional narrative with social commentary. The French-Senegalese director’s work boasts 17 wins and 14 nominations so far, including a win at the Cannes Grand Prix. Atlantics is a rude awakening, a melancholic loss, and a haunting romance with Dakar’s societal issues deeply rooted in its story. (KIZJ: 5/5)

The animated revival of The Addams Family is perfect for celebrating the fun and light side of Halloween spook (any time of year). (AEL: 3.5/5) 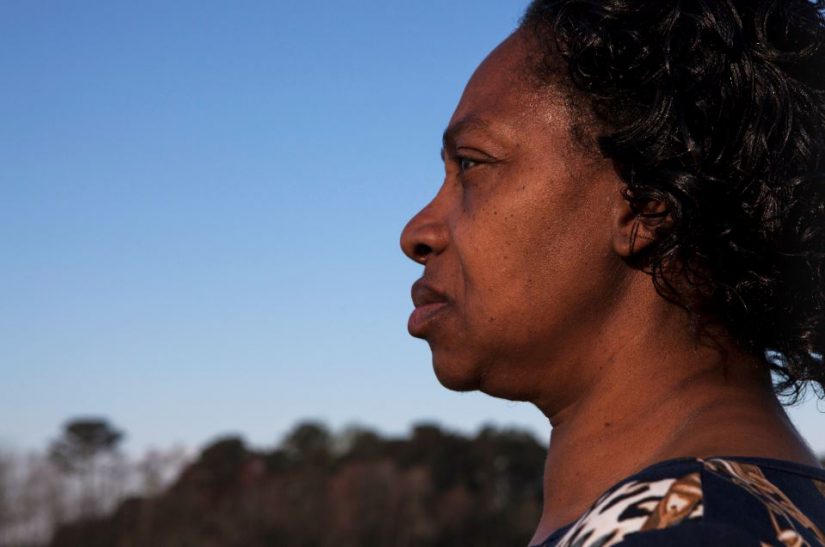 Always in Season, directed and written by Jacqueline Olive, centers around an act that was “thought to have been left in the past” — lynching, a form of racial terrorism. On August 29th, 2014, African American teen Lennon Lacy was found hanging from a swing set in Bladenboro, North Carolina. Lennon’s death was ruled a […]

Directors Raúl de la Fuente and Damian Nenow create a hybrid narrative animation and documentary film—“Another Day of Life”. Written by the two directors together with Amaia Remirez, Niall Johnson, and David Weber, the ambitious piece is based on Ryszard “Ricardo” Kapuscinski’s novel that delves into the Angolan civil war in 1975. It is an official Cannes selection, and winner of multiple awards globally. (KIZJ: 4.5/5)

Angel of Mine is disturbing and sad in all the wrong ways. A cast who have shown themselves to be able in other roles have to struggle to keep the dialogue in this wooden script afloat, while the plot itself is cringy to the end. Who green-lit this?! (GPG: 1/5). Review by FF2 Contributing Editor […]

An awkward teen in his last summer of high school decides to spend the long break in New York City with his older sister, who fully embraces the city’s trans and lesbian activist community. The siblings, along with their friends, stumble their way through love, friendship, and pain. Based on Ariel Schrag’s novel of the […]

The globe-spanning epic Aquarela, from writer Aimara Reques, is a highly conceptual thesis on water in all its forms, particularly as it is being unsettled globally by climate change. At the pace of the glaciers that are its subject, it sounds the alarm of global warming with an eerie calm. However, this film is a […]

‘Always Be My Maybe’ is barely deeper than its title

Directed by Nahnatchka Khan and written by Michael Golamco and co-stars Randall Park and Ali Wong, Always Be My Maybe is a classic romantic comedy minus some of the problematic bits that have been historically featured in this genre. It has all of the satisfying elements of a rom-com, but doesn’t go deeper than that. […]

‘Aniara’ floats through time and space

In Pella Kagerman’s new co-directed and co-written Swedish movie Aniara, Earth is in dystopia. People are evacuated from their homes and are preparing to join other family on their new planet, Mars. (SYJ:4/5)     Review written by FF2 Media Intern Sophia Y. Jin A mass of people ascend on a futuristic elevator up to […]

When in need, ‘Ask for Jane’

*This review has mentions of sexual abuse At the Heart of Gold, directed by Erin Lee Carr, is a documentary detailing the decades-long sexual abuse conducted by Larry Nassar, former USA Olympian gymnastics coach, on hundreds of young girls — and exactly how he got away with it for so long. (BV 4.5/5.0) Review by […]

Directed by Jenny Gage, After tells the story of a young college freshman who falls for a bad boy. Compared to other fanfiction-turned-film like Twilight and Fifty Shades of Grey, Susan Martin’s adaptation of Anna Todd’s novel of the same name is more in line with Riverdale or The CW teenage phenomena of glossy, fantastical […]

In Alita: Battle Angel, written by Laeta Kalogridis and James Cameron and directed by Robert Rodriguez, an amnesiac cyborg discovers her instinct to fight— and uses this key to salvage her memory. (BV 3.0/5.0) Review by Intern Beatrice Viri Alita: Battle Angel is an adaptation of the Japanese cyberpunk series Battle Angel Alita/Gunnm by Yukito […]

Anna’s approaching 30, living in her mom’s garden shed, and hanging onto every last memory she has of her late twin brother through the dumb low budget movies they made together that the internet is soon to delete without further payment. However, when her best friend comes home from a glamourous traveling extravaganza, Anna’s hermit […]

Writer Cathryn Michon’s A Dog’s Way Home is probably enjoyable for children, but it’s definitely not one of those kid’s movies (like those in Pixar canon) that people of all ages will like. The animals are cute, but the plot and characters are wooden in the extreme, and the film makes a bizarre attempt […]

Written by Louise Kugelburg, Jean-Claude Carrière and Julian Schnabel, At Eternity’s Gate tells the story of Van Gogh’s final years, spent surrounded by nature in the South of France. A heart-wrenching and breathtakingly vibrant tribute to the chaotic Vincent Van Gogh, this film is masterful from start to finish. (JRL: 4.5/5)   At Eternity’s Gate […]

Co-writers and co-directors Hannah Marks and Joey Power tell an honest, raw love story of two people who prematurely deal with the hardships adulthood. When Elliot is diagnosed with cancer after only one date with Mia, the couple is thrust into the role of patient/caregiver in the midst of a passionate, burgeoning relationship. (BKP: 4.5/5)